Why we should be afraid of the big bad wolf: Sugata Mitra and the neoliberal takeover in sheep’s clothing

I had the dubious pleasure of following Mitra into the stage for my own talk, and as the room emptied out while I waited to begin, I decided I had to start with some kind of immediate response. This moment of raw anger can be witnessed here. What I now hope to achieve in my own de rigueur response is a clarification of my main concerns – and to persuade you that Mitra is the neoliberal agenda of a reduced state role usurped by big business incarnated in cuddly and charismatic sheep’s clothes. 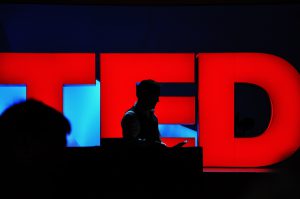 First things first, though. It’d be churlish to deny that Mitra is a brilliant speaker. He wove a highly seductive narrative in such an unassuming manner that the very people he was so consistently denigrating felt compelled to applaud him. He was, lest any of you need reminding, the winner of the 2013 TED prize of $1 million and this celebrity alone seems guaranteed to ensure that many in attendance last weekend were primed to experience him in accordance with the hype that has surrounded him. The lexis almost comes pre-fabricated: inspiring, visionary, game-changing and so on.

Three days before, David Graddol in his plenary suggested we should always follow the money, and doing so would, I’m absolutely convinced, lead us to who really stands to benefit from Mitra’s vision: hi-tech companies, Neo-Cons, Silicon Valley tech heads with an inbuilt disdain for teachers and governments keen to justify cuts and pulling out of the tricky business of trying to actively care for the neediest in their societies. Mitra has risen to fame not because he challenges the status quo, but because he chimes with the agenda of both state and private sectors in the current post-crisis climate.

Before any of you reach for lazy kneejerk accusations of my assumed anti-tech bias, I should clarify that I attended almost every Ed-Tech related event at the Yorkshire conference, returned home with three tech-related projects penciled in to my next year’s schedules and generally found the audience reaction to most sessions positive and engaged. Not so with Mitra.

And here are four key reasons why. 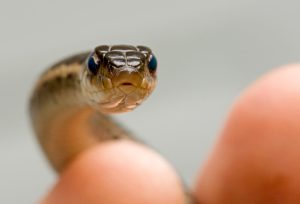 If anyone else tried to persuade those of us who spend our lives trying to help students learn a language that it really is possible to set kids a simple task that involves using a computer and that through doing this, they’ll somehow manage to teach themselves English, we’d would snort in derision and give them a wide birth. The fact that Mitra sees fit to make such anecdotal claims – without specifying what level of English they supposedly reached, how this was tested, what a control group of similar kids studying a similar period with an actual teacher might have achieved and so on – clearly places him into the realm of magic bullet fantasists and undermines trust in much of the rest of his pseudo-research-based claims.

Whilst this may have some resonance with anyone who’s ever relied on Google to find out what the best fish and chip shop in Lincoln is or what the function of eyelashes are, when it comes to linguistic competence, it’s patently nonsense. Speaking a foreign language well involves the acquisition over time of incredible amounts of interwoven knowledge, it involves being primed to a phenomenal degree and it cannot happen simply by using search engines, no matter how targeted your questions.

There were throwaway jokes made during his talk about finding schools without teachers and realizing this may be an advantage that some took too seriously. However, the notion of the Granny Cloud – also known as free labour by unqualified amateurs – offering encouragement and native-speaker pronunciation models as a suitable replacement even for what Mitra might deem bad teaching is so profoundly insulting that it beggars belief teachers weren’t walking out in disgust. Before we even factor in the social development, the human bonds, the extra-curricular learning that happens in the social arena of the classroom, there’s the language-focused work we all do: the grading of input, the explaining, the interacting, the listening, the correction, the encouraging of noticing, the revising and recycling, the intervention.

And ultimately this is the bottom line. Mitra’s whole ideology is predicated on the idea that the state has failed and is absent and that this is a problem best solved by abnegating responsibilities to the poorest among us, thus allowing private enterprises to supposedly do better. As anyone who’s watching the slow deconstruction of the NHS will be aware, it’s easy to take complex things apart. Who will be able to put them back together again when it turns out that the sales pitch made claims that failed to live up the hype, when rather than organizing SOLEs teenage kids simply play games and watch porn as soon as the assessor / guide has vanished off and when the under-paid, under-funded and under-supported teachers demoralized even further by the widespread acceptance of such rhetoric as Mitra’s quit and seek employment that society holds in higher esteem?

Resistance begins with each and every one of us.

117 thoughts on “Why we should be afraid of the big bad wolf: Sugata Mitra and the neoliberal takeover in sheep’s clothing”