Why ELT needs a bot strategy

What is a bot?

Put simply, a bot is a software application that carries out an automated task with minimum to no human guidance. A human will most likely initiate the task, but once prompted, the bot is capable of carrying out and completing the task on its own.

In terms of sophistication, most bots can be placed somewhere on the continuum (as explained by botnerds) from Script Bots to Intelligent Agents.

Script Bots are rule-based software applications that adhere to a predetermined script and that use a decision tree as a way of guiding the user through a series of options to one of a limited number of outcomes. Human-bot interactions are primarily question and answer, or call and response, with the bot accessing a database to find the right response.

At the other end of the spectrum, Intelligent Agents are bots that need no human oversight at all during completion of their tasks. x.ai’s scheduling bot, ‘Amy Ingram’, for example, manages your calendar by communicating with your clients and contacts without you ever needing to get involved. We’ve tried it out, and it worked just fine. 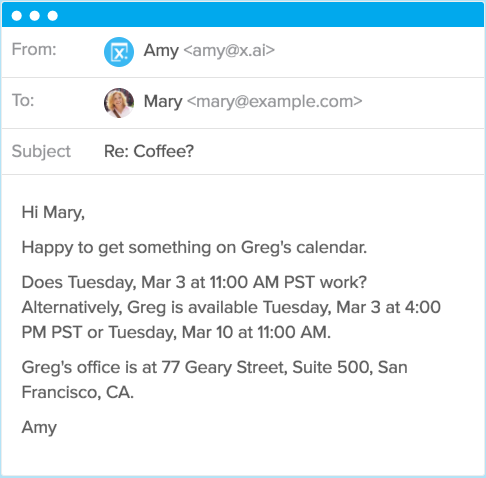 With the rapid advancements in the fields of artificial intelligence (AI) and machine learning (ML) (check out our recent post that unpacks these terms and more) the capability of bots to perform tasks that were otherwise the sole domain of human intelligence seems to be growing rapidly; tasks that involve communication, reasoning and analysis.

In fact, bots are already well-embedded in a multitude of industries providing a diverse range of services, from repetitive tasks to more consumer-facing ones, including dealing with customer support, FAQs and scheduling appointments. The trend of delegating outward-facing processes to bots is an escalating one. A 2011 Gartner report even predicted that AI-infused bots will be taking care of 85% of corporate customer relationships by 2020. From the perspective of those humans being replaced by automated bots, it’s not all doom and gloom, at least according to David Autor, as explained in his fascinating Ted talk. Autor suggests that deploying bots or other automated systems to take on the more repetitive tasks frees the human resource up to unleash their unique and (as yet) unreplicable cognitive skills of creative thinking and strategizing.

The benefit to the consumer, however, remains to be demonstrated. The level of automation predicted in the Gartner report could only be sustainable if the experience of the consumer was at least as good as that provided by humans. Or, depending on the company you’re used to dealing with, no worse. Humans will only permit the ongoing delegation of front-end services if they feel the value they are used to enjoying is not compromised.

Either way, if your company or organisation isn’t already developing its bot strategy, then it’s already behind the curve.

Much of the conversation around bots is taken up with the increasing ubiquity of Chatbots, particularly those that are integrated into messaging apps. By the second quarter of 2015, messaging apps had surpassed social networks in terms of monthly users, with 2.5 billion users engaging with one of the Big 4 messaging apps (WhatsApp, Facebook Messenger, WeChat, and Viber) on a regular basis, so it’s no surprise a considerable chunk of developer time is being put towards creating bots that inhabit that space. 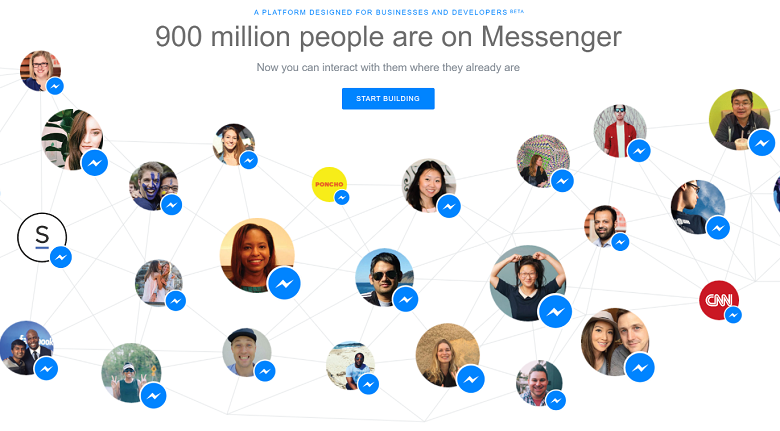 Leading the charge in chatbot integration is WeChat, the biggest messaging app in China and the Far East. Already, a WeChat user is able to call a cab, book a table at a restaurant, buy a new outfit for the evening, pay the dinner bill (or send their share to their friend) without ever leaving the app.

The role of chatbots to facilitate more and more of our everyday needs signals a fascinating development in how we are now interacting with information and technology. According to Phil Libin, MD at General Catalyst, bots provide a ‘conversational interface’, whereby we are able to interact with software through text or speech as opposed to prompts or navigating complex menus.

The ascent of the conversational interface is changing our relationship with online content and how we prefer to access it, a sentiment picked up by Ted Livingston, who founded his own messaging app, Kik. According to Livingston in an interview with Wired last year, “Chat apps are the new browsers and bots are the new websites.” The pace of this behavioural shift is head spinning, as Livingstone points out, “There are now more bots put on Weixin every day than there are websites put on the internet in China.”

Having spent a considerable amount of time in China over the last three years, I can certainly attest to the fact that WeChat is the Internet as far as its users are concerned.

As mentioned above, another interesting consideration of the spread of conversational / transactional bots is that of experience. Libin, in conversation with Wired, asserts that the expectation of bots to talk and communicate like humans is a misguided one. We should be expecting much more:

“I don’t want to mimic a human experience – I want to have a much better experience.”

So, where is ELT?

So what does that mean for ELT? As mentioned in a recent post, Duolingo is already rolling out a bot-powered learner experience in their app. Whether they are able to deliver an experience that is comparable to a real human interaction, or even just helpful, remains to be seen.

But there are bot opportunities (bot-ortunities?) within ELT other than the language teaching / learning angle. If a critical differentiator within the industry is the experience a publisher or learning organisation is able to deliver, then bots could be drafted in to help ensure a consistent, on-brand onboarding process to users / learners engaging with a company. ‘Onboarding’ refers to the process of getting users up and running with your app, product or service. According to Nick Babich in his excellent post on the subject, onboarding is concerned with “increasing the likelihood that first-time users become full-time user when adopting your product.”

It’s fair to say that consumers are going to be increasingly used to bot-facilitated transactions when purchasing products and services, so the ELT industry should be prepared to follow suit.

Could the conversational interface of a bot be a better, more enjoyable way of searching through a publisher’s diverse product catalogue? In the case of consumer enquiries, the language used within those initial bot-human exchanges could potentially funnel the consumer towards the right product, like a live placement test.

Bots with access to – and trained on – extensive corpora could be used by content creators to surface authentic uses of English by test candidates and native speakers alike. Those vast databases could be put into motion through a conversational chatbot interface whereby dialogues could be initiated and modelled on corpus data in real time.

What about schools and learning institutions? How much of the learner onboarding could be delegated to a bot capable of answering FAQs, sharing scheduling information and sharing important announcements, all in the brand voice of the institution? There would definitely be a place for transactional bots that can interact with other services on the users behalf. For example, the SchoolBot could make travel and accommodation arrangements though Kayak or Skyscanner once the learner has signed up.

So, with this ‘conversational economy’ in a position to dramatically change the way we interact with products and services, as well as impact how we assess the value add of human input, it seems only a matter of time before the ELT industry is going to need to engage its bot thinking. The key, however, is going to be in striking the balance between utility and experience, both of which are going to require some pretty seismic changes of mindset for them to be deployed successfully and meaningfully.

3 thoughts on “Why ELT needs a bot strategy”