How UX helped me learn English

The challenge of finding UX content available in my native language turned out to be a motivation to learn a new one.

Story originally published by Fabricio Teixeira on uxdesign.cc. This is not an endorsement of any courses offered by ELTjam Academy.

A little background info about me: I was born and raised in São Paulo, Brazil, where I lived more than 20 years of my life. In Brazil we all speak Portuguese, everyday and everywhere, and less than 3% of the population speak English fluently.

Brazilians take mandatory English classes in school, but for a number of reasons — including a quite broken national educational system and the lack of exposure to the language on a regular basis — we don’t learn it enough. We think we do; quality standards are so low in certain regions that one can really quickly be considered an advanced student in language schools. But when you move to an English-speaking country and English becomes your primary language, you very soon start to realize how your “5-star”, “advanced proficiency” in English can only get you so far. 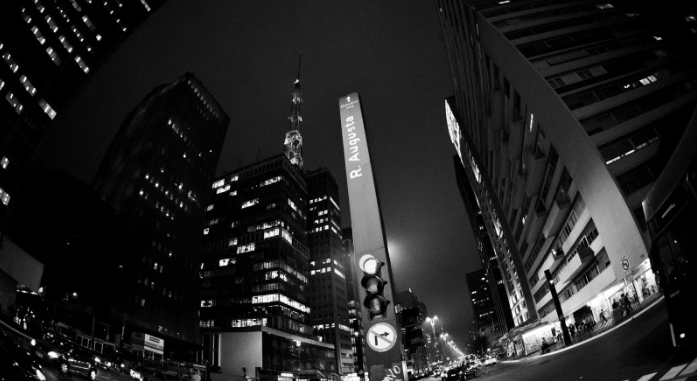 We do get to listen to American music on the radio and watch Hollywood movies somewhat frequently (dubbed on TV, subtitled in theaters). But when you lack grammar, vocabulary, and/or cultural references, it all tends to sound like gibberish or background noise.

And then you get a job in UX.

The paragraph above is an excerpt from an article, written in Portuguese, about the role of wireframes in the design process. I’m sure you are smart enough to grasp a few words here and there, even without ever been exposed to the language. And there’s a big chance that, if you’re reading this article, you already know what wireframes are used for.

But what if that was the only way you could learn more about a discipline you have a lot of passion for, and very little experience with?

Every single UX blog or website that my mentors would send me (“you should add this one to your Google Reader!”) was written in English. Every. Single. One.

Back in 2005, when I started working in UX at a big digital agency in Brazil, content available in Portuguese about our discipline was close to zero. Every single UX blog or website that my mentors would send me (“you should add this one to your Google Reader!”) was being written in English.

Aside from the headache that reading and listening to a foreign language for several hours a week brings, it was also a matter of depth: the smarter the writing, the harder it is for a non-native speaker to understand all the subtleties and smart thinking hidden in between the lines.

The lack of fluency in English was holding me back in UX.

And I had to do something to change that.

The best way of solving a challenge that is bigger than yourself, is to start. There was no other path, really. Google Reader (sigh) was the best partner I could ask for in that process; blocking my calendar from 8 to 9am every day of the week was another key step to get me where I wanted to. 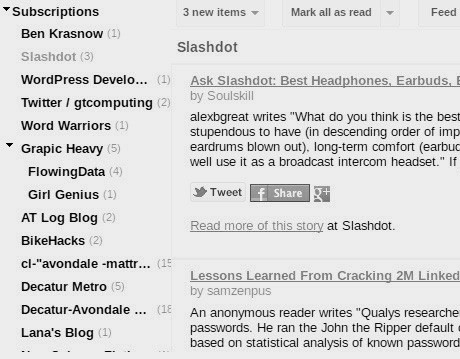 Every morning I would spend at least one full hour reading all the feeds from the day before, carefully organized in folders: User Experience, Technology, Advertising, Art, and… well, Memes.

I had to be fully immersed in that new language, and that had to include way more than just UX sources.

Every Saturday morning I would spend about three hours looking back at everything I had read the week before, and translating that knowledge into articles that I would publish, in Portuguese, on a UX blog I decided to create to help me in that process. Having a place to document what I was learning was an important piece of the puzzle. When you go through the exercise of retelling a story in your native language, with words that you know exactly how to play with, you force yourself to fully understand the meaning and the intricacies of what you are trying to communicate.

Through that same blog — I thought — I could help other Brazilian designers along the way that were not as proficient in English.

It was not just about individual words. When you’re born in the nation of soccer, reading expressions like the ones above can be disorienting.

It’s what I like to call “Baseball English”. After a couple years living and breathing the American culture, you learn to understand, appreciate, and respect each of these expressions. 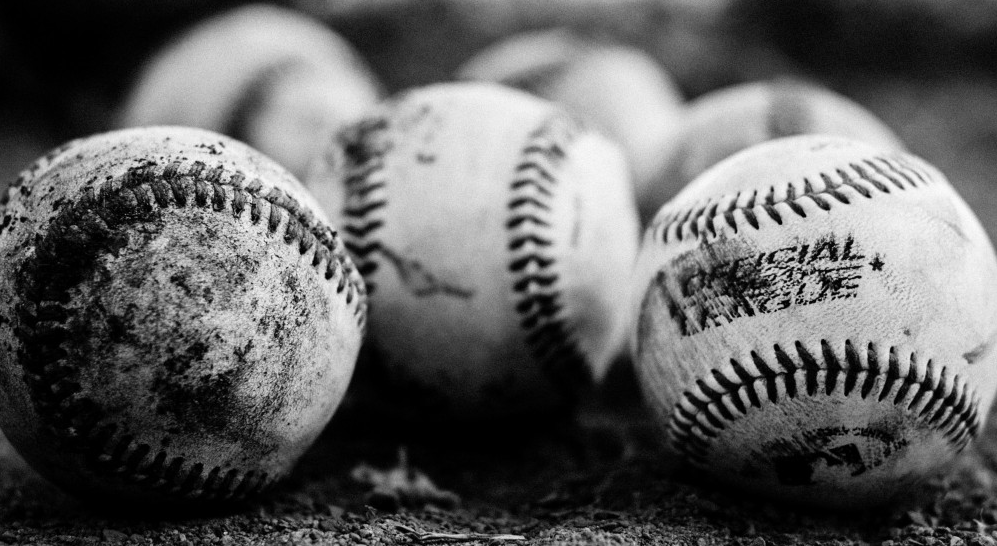 The fact is: cultural references are more embedded in our writing than we think. The vast majority of UX articles I was able to find online had been written by designers, authors and thought leaders born and raised in the United States, and it was inevitable to stumble upon references from American books, movies, music, military, history.

Every time I encountered a new expression I wasn’t familiar with, I would stop the reading, Google it, and derail a bit from the original article — to make sure I understood the origins of that particular term.

Learning about UX was a much more nonlinear process than I thought. At the same time, much more exciting than just reading about wireframes.
Ultimately, you’re in a journey of learning about people. 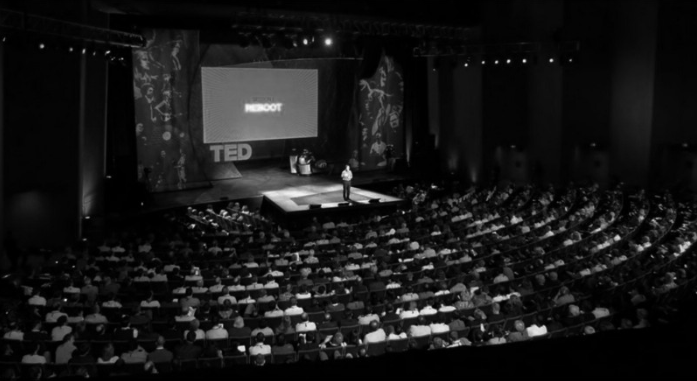 Reading in English was just the first step, most likely the easiest one. What about the content available in talks, podcasts, interviews and YouTube videos? What about listening to and speaking a new language, and all the challenges that come with it?

Through video and audio content I was able to access a whole new aspect of UX that was not available in long-form articles. An intriguing new world was opening up for me.

Watching full recordings of UX conferences and events had a crucial role in building confidence in my listening and speaking skills. How do you pronounce “ecosystem”? What are the expressions people use in spoken vs. written word? What’s the intonation English-speakers use during design critique sessions?

I decided to start with videos that had subtitles or some sort of closed captioning. I would find myself playing and pausing the video several times, repeating after the presenter, until I got the words right.

The way words are pronounced.

The pauses between the sentences.

The air that leaves your mouth with certain consonants; the air that doesn’t.

The intonation when switching topics.

That’s right: from Dan Saffer to Jesse James Garrett, including Jared M. Spool and Brad Frost — they all helped me learn both English and UX. I can’t thank them enough for that.

The good news is: it only gets easier with time.

UX conferences and meetups are not just a great opportunity to learn about what other UX teams are doing and where our discipline is headed; it is also a great place to connect to very talented people with diverse professional and cultural backgrounds. 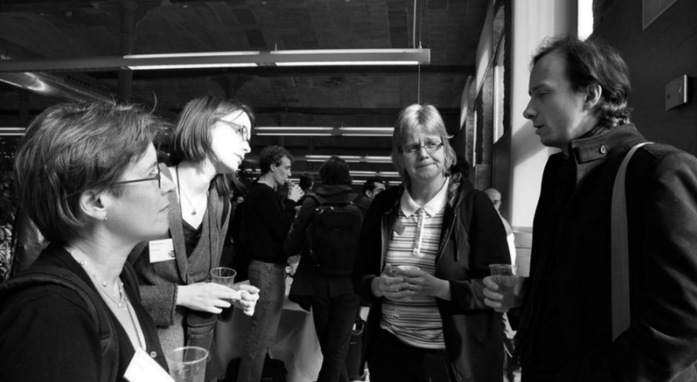 Once I was feeling more confident about having conversations in English, I started joining UX Conferences in other countries. The few networking experiences I had in the early years of my career were incredibly transformative. I felt confident enough to start having more meaningful conversations with designers all over the world — in conferences, video calls or online chats and forums.

Learning UX, for me, was now becoming a two-way experience.

You never stop learning a language

Fast forward a few years and I got a job offer in the United States. The process of transitioning to a new country, culture and work environment was definitely much more seamless because of those first years of my career immersed in the language.

The truth is: you never stop learning a language. To this day, at least once a week, I hear an expression that is foreign to me. It sounds cliche, but the best advice once you have reached a point where you are confident with your language skills is to continue to be curious.

If you don’t know how to pronounce a certain word, make that a thing. Make a joke. Make fun of your own accent. Break the ice. Not trying to pretend being a native speaker was one of the best advices I’ve received – thanks to Felipe Memória for this one.

It’s all about passion

The same mechanism applies to other aspects of one’s career. Whether you are trying to be fluent in a new language, learn a new prototyping tool, immerse yourself in a new culture, or just trying to understand your users — ultimately it’s all about finding the intersection between your short-term objectives and your long-term passions.
In my case, it also took a lot of organization and persistence.

PS: I continue to write in Portuguese, here. It’s the way I found to give back to the UX community some of the things I learned in the process.

Thank you for reading. 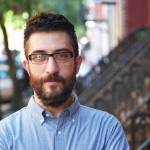 Fabricio Texeira is the UX Design Director at R/GA San Francisco, co-founder of uxdesign.cc, writes for Update or Die and Confeitaria Mag, and owns/curates the largest UX blog in South America.