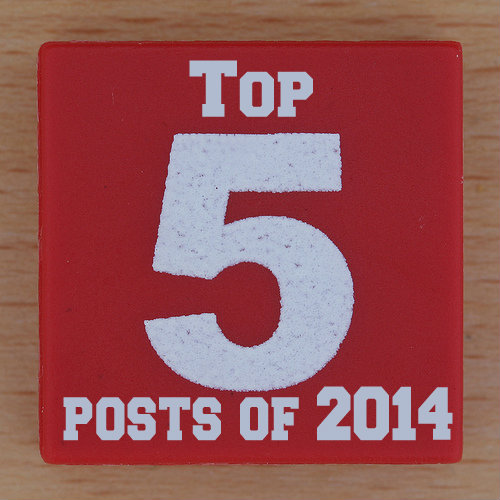 Looking back at the blog over the past year we can see we’ve had some fantastic people contributing posts and comments. It’s really interesting to see which posts got the most views, sparked the most debate and kickstarted conversations that resulted in fully-fledged follow up posts. This Top Five shows we really couldn’t run the blog without all of you, so a big thanks to everyone and here’s a look at the biggest posts of 2014, in reverse order:

5 Nick Robinson‘s post about piracy was the fifth most read of 2014 but topped every other post this year in comments with 108.

Why everyone is stealing your stuff  took inspiration from an author’s attempts to reason with the pirate who was illegally posting copies of his book online and the unintentionally hilarious chat that followed.

Author: That book took me three years to write – time which could have been spent earning other money had I not given up time to do it. It sells pretty well but last year I earnt only around £100 in royalties for it. How much money do you make a year out of ‘free’ books?

Pirate: ok. This is really very little money for your book. Would you like to work with me? I can pay that amount of money monthly, even weekly.

Mike Boyle followed up with a practical take on what publishers and authors could do about illegal downloads of their work.

4 Off the back of his standout IATEFL debut, Russ Mayne wrote a post for us about pseudoscience in ELT.

Russ reflected on the many people who’ve tried to debunk the myths posing as accepted wisdom in ELT and other fields and wasn’t optimistic about a change happening anytime soon.

I have been told that my talk ruffled feathers, created waves and put noses out of joint, but the sad truth is that it did none of these things. Nothing will change because of it, and those people who should be listening will ignore it.

3 Gavin Dudeney stepped out of blogging retirement to question the direction of the future of ELT.

Whichever way you read any of the above, what seems obvious to me is that there is an awful lot of ‘backwards adaptation’ going on here. At the moment the technology and developer imaginations seem to limit EdTech production of language learning tools to the kind of thing I first saw in 1989 when I did a CELTA course at International House London.

2 Silver blogging medal for 2014 goes to Scott Thornbury and his McNuggets of ELT and the atomization of content.

… in defending their professional probity in the face of such dark forces, many writers overlook the fact that the ELT publishing industry (with them at its helm, it has to be said) had already gone down the atomization route long ago, even when the industry lacked the (digital) means to fully exploit this tendency.

The post touched on the place of royalties and the role of the author which were also discussed by Nicola Prentis in articles about royalties in agile digital publishing and writers as content creators. Nik White wrote a comment on the royalties post that was so indepth it merited its own post.

1 Most read on the blog in 2014 was Hugh Dellar‘s furious post-IATEFL response to Sugata Mitra’s plenary.

Mitra’s whole ideology is predicated on the idea that the state has failed and is absent and that this is a problem best solved by abnegating responsibilities to the poorest among us, thus allowing private enterprises to supposedly do better.

We’re very lucky at ELTjam to have such fantastic contributors and enthusiastic commenters and we’re looking forward to seeing what 2015 brings the blog.

If anyone’s wondering what the highest viewing stats on any ELTjam post ever are, that goes to Laurie Harrison‘s 2013 post about Pearson’s industry changing restructuring in 2013.