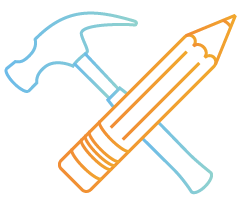 During TechCrunch’s Disrupt conference in San Francisco on Monday Udacity‘s CEO, Sebastian Thrun, announced the launch of the Open Education Alliance (OEA). The alliance represents the efforts of Google, AT&T and a range of educational organizations (Khan Academy, cloudera, etc.) who are combining forces with a view of developing and providing learning tools to help support post-secondary students in securing careers in tech companies.

The alliance formed in order to address the widening skills gap that is occurring as education fails to keep up with the rapid developments in technology and the skills required to contribute to (and cope with) its on-going evolution. The tech companies are being invited to collaborate with the edu providers to develop courses, assessment tools and certification frameworks that will enhance a graduate’s ability to enter the tech workplace upon completion of a degree.

During the announcement on Monday, Thrun cut to the immense appeal of the venture:

There does seem to be some precedent in the ascension of career-based learning as opposed to campus-based learning. According to Business Insider, Google is hiring fewer and fewer degree holders, resulting in teams that might have 14% of members having never been to college. Google’s Senior Vice President for People Operations Laszlo Bock
says the academic learning context is an artificial one in which learners are trained to succeed only in a very specific environment. He also commented that tech companies like Google “want people who like figuring out stuff where there is no obvious answer.” The OEA’s efforts may well be instrumental in rethinking the effectiveness of university education (and subsequently education at all levels) to prepare learners for careers in environments that are anything but specific.