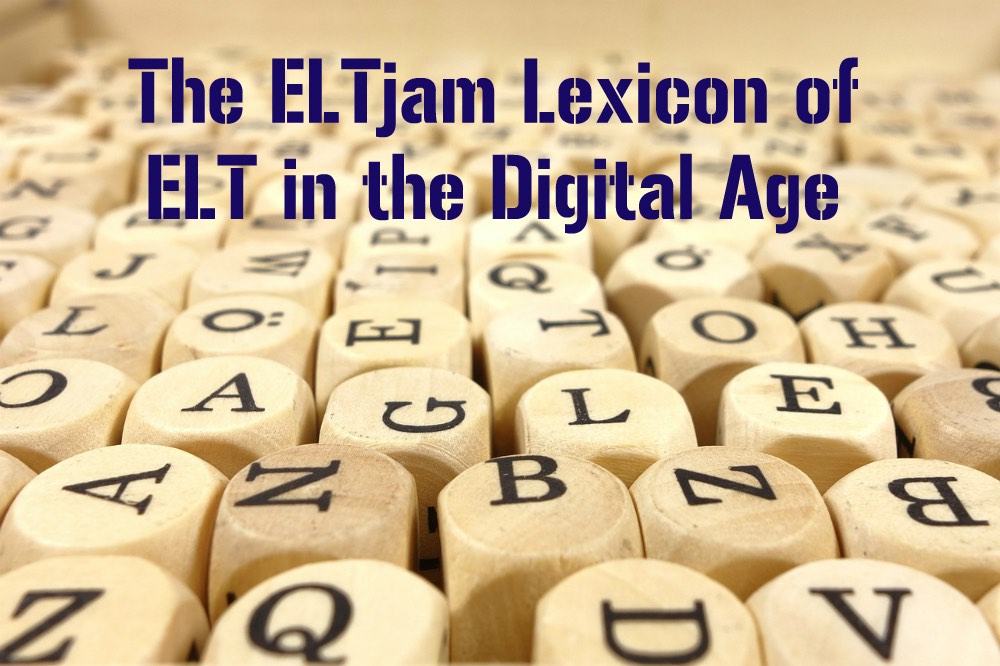 The ELTjam Lexicon of ELT in the Digital Age: ‘aha moment’ to ‘authoring tool’

Welcome to the second installment of The ELTjam Lexicon of ELT in the Digital Age. You can read more about the series here and see the full list of terms we plan to cover here. This week, we’re finishing off the ‘A’s.

No, not that A-ha moment. This a-ha moment is when a user understands your product and realises why it would make their life better. It’s a big part of the onboarding process (getting users into your product) and also contributes to user retention (keeping users once you’ve got them). It’s commonly accepted that if you can’t get a user to the a-ha moment, they won’t use your product, and this is a problem for big products as well as small ones. Twitter, for example, struggles with its a-ha moment. People understand it quite quickly but can’t figure out how it would make their life better. During live user testing of our vocabulary app Flovoco, we always spot the a-ha moment. It’s the first time the user realises that each level of the game focuses on a different aspect of knowing a word in English. Level 1 is meaning, level 2 is sound-spelling relationship, level 3 focuses on collocation and level 4 on derived forms. If a user doesn’t make it past level 1, there’s no a-ha moment, but if they do, they understand instantly how the app works and how it might help them. The trick lies in getting people to the a-ha moment as quickly as possible – something we’re still working on.

A tricky, technical one, this. Does it help to know that it stands for application programming interface? Or that it collocates with call? Probably not. What about a Wikipedia definition: ‘a set of routines, protocols, and tools for building software applications’? Let’s try a real-world example. Google makes the API for Google Maps available to developers, which allows them to make apps that use Google Maps. So if you use apps like Uber or Citymapper, you’ll notice that they use information from Google Maps in the app. Each time the app needs that information, it puts in an API call to the Google Maps API and gets the data it needs. A great example from ELT is dictionary data. Cambridge University Press offers APIs for its English Learner’s Dictionary, as well as dictionaries in lots of other languages. They charge a fee, of course, but if you’ve got a great idea for an app that uses dictionary data in an interesting way, it’s certainly something to look into.

We’ll assume that most of our readers know what an app is, although there may be some confusion over web apps vs. native apps. We’ll cover those in later posts, but this three-part primer from Lindsay Rattray is a good place to start. Instead, some interesting app-facts:

‘Not happening or done at the same time or speed‘ and used most often in ELT contexts to describe the online component of blended learning courses. The alleged a-ha moment in blended learning products is when learners realise that the asynchronous element of the course means that they can study at their own pace and fit their learning in around the competing priorities of work, family and leisure time. What I’ve never seen is evidence that learners actually value this (if anyone has any research that points in this direction, please do let me know). The fear for providers of asynchronous self-study learning products is that what keeps learners engaged in their language learning is actually the synchronous element, which by its nature is more social and provides some kind of extrinsic pressure to attend. It’s like going for a jog on your own vs. going to a spin class. How many people do the latter because it’s the only way to ensure they do any exercise at all?

In a 100% print ELT product, the authoring tool is usually Word. Nice and easy for everyone involved. In a digital product, the process of getting the author’s content into digital form seems to be much harder than it should be. Some publishers and EdTech companies use a back-end authoring tool that allows the writer to enter content directly into the platform (and usually see what it looks like straight away). These tools vary massively in quality and user experience. English360‘s is straightforward enough to use, as it was designed for teachers to create their own content. The one we use for Newsmart is an absolute joy, probably because it was built by a development team who had never seen an authoring tool before, so weren’t hung up on how they should look and feel. Most big ELT publishers, however, have decided that authors and editors shouldn’t be allowed to work directly with authoring tools, so use a complex system of Word templates and data entry companies. In the era of WYSIWYG authoring tools for blog platforms like WordPress, it feels positively antediluvian.

Coming next in The ELTjam Lexicon of ELT in the Digital Age: backlog, backlog grooming, badges, batch size, beta

[box]ELTjam offers a range of in-person and online training courses for ELT publishers and EdTech companies on all aspects of digital product development. For more information, contact nick at eltjam dot com. [/box]