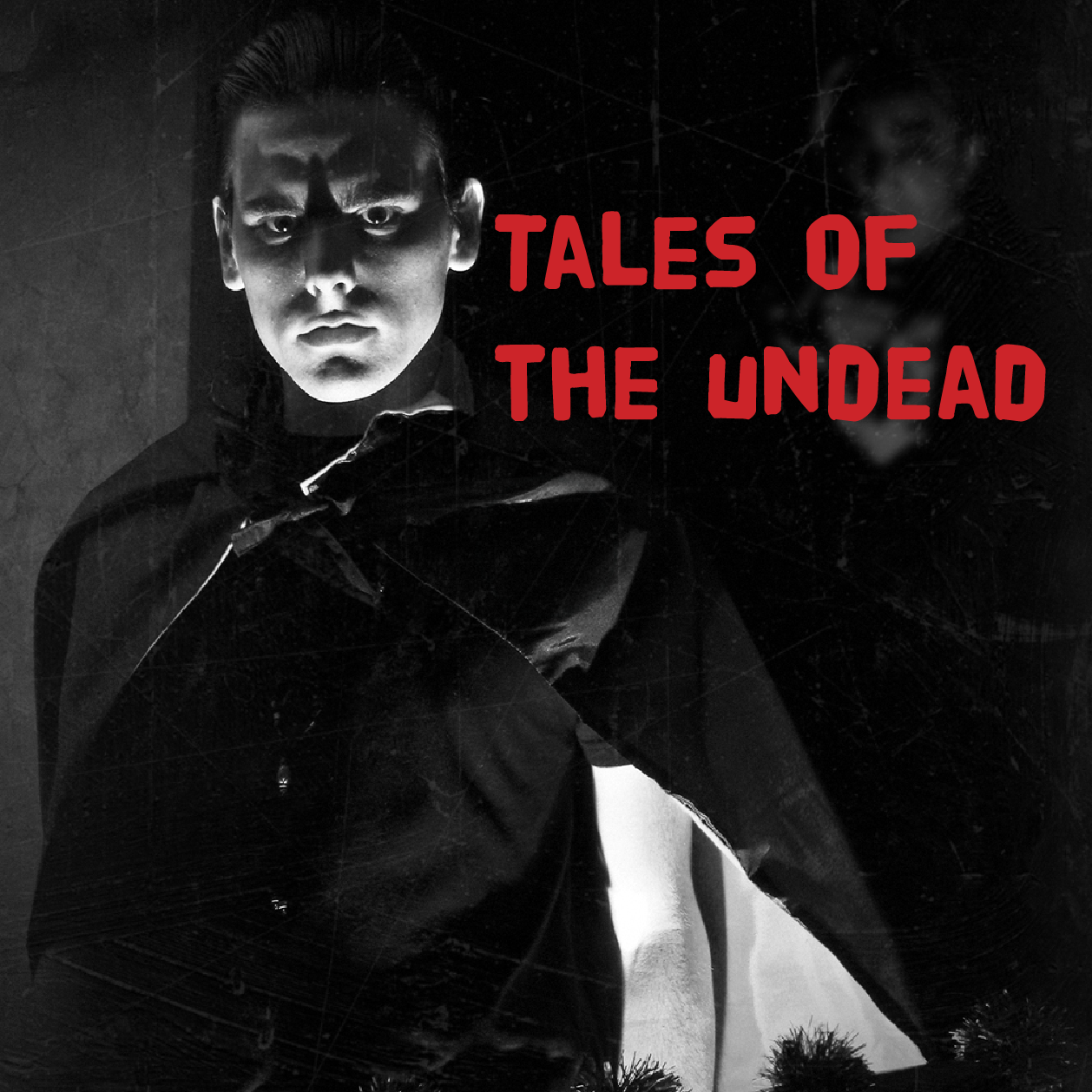 Tales of the undead

We’re delighted to welcome Russ Mayne (@ebefl) from the brilliant Evidence Based EFL blog onto ELTjam for his debut post. Russ gave one of the standout talks at this year’s IATEFL conference, and below he reflects on what might happen next …

I have been told that my talk ruffled feathers, created waves and put noses out of joint, but the sad truth is that it did none of these things. Nothing will change because of it, and those people who should be listening will ignore it. How do I know this? Read on …

In 2012, after writing a piece about learning styles,  I had a naïve notion that that would be the end of learning styles. That I, a lowly blogger, had put a stake through the heart of learning styles and killed the beast once and for all. Somehow, in my mind,  everyone would just stop using them; after all, the evidence says they don’t work. A year or so later I came across a blog post by Scott Thornbury saying the same thing and quoting some of the same research. It was dated 2010! His blog is viewed by way more people than my article and yet learning styles were still going strong. How could this be? I then came across Guardian articles talking about the lack of evidence  for learning styles, like this one in 2006 and this in 2004. The Guardian is viewed by way more people than Thornbury’s website. Do you see where I’m going with this?

In fact, if you can be bothered to look, you can find a consistent trickle of articles pointing out that learning styles don’t exist. Articles like Andrew Old’s in 2010, a video by Willingham in 2009 called ‘learning styles don’t exist’, Pashler et al in 2008. You can go right back to Ellis’ original conclusion about learning styles in EFL in 1994. Or you can check out Stahl’s 1999 criticisms and, if you do, don’t forget to check his equally critical references which date back to 1978. Nothing has changed since then; if anything, learning styles are more popular.

Since I wrote my learning styles piece, ETP and ELTJ published pieces on learning styles and a study showed that 93% of secondary school teachers in the UK bought into the concept. So why do learning styles stagger on like zombies despite being killed repeatedly? One reason is, like zombies, the rules of logic don’t apply. In the subsequent edition of MET there was refutation of my article based not on research, but on ‘feelings‘. The author, like Harmer and many others, describes learning styles/MI etc as ‘self-evident truths’, meaning that no evidence will ever be enough to discredit them. Feelings and great stories about how these things ‘really work’ beat smart-arse debunking every time.

2. ‘You can prove anything with facts, can’t you?’

In one of my favourite Stewart Lee routines (you can see it here), he talks about meeting a homophobic taxi driver who tells him gay people are ‘immoral’.

Lee: I told him I didn’t know how useful hard and fast concepts of morality were in discussing this kind of issue. I then elaborated on societies, such as the ancient Greeks or the Zunis, where, far from being subhuman, homosexuality was actually viewed as a higher, more profound form of love, so all our ideas about its degeneracy may actually be bound-up in our own cultural context.
The cab driver then refutes Lee saying: ‘Well, you can prove anything with facts, can’t you?’

I’m always reminded of the phrase you can prove anything with facts, can’t you? when I encounter comments at the bottom of articles critical of neuro-myths. The writers never try to actually engage with the research but instead insist the argument is plainly wrong because, well, because it is! For example at the end of this article on MI by Willingham a teachers writes:

Have you ever taught in an elementary school? I find your article (as I search for scholarly peer reviewed material for my paper) insulting to educators. Your review of others’ ‘100,000 studies’ doesn’t make you experienced in the ways children learn in classrooms.

Thornbury’s blog on learning styles got this response:

Worryingly, I think the only trend that will never go out of fashion in the world of ESL is the lynch-mob mentality towards ‘discredited’ theories. I don’t think we should abandon any of them – learning styles included.

An article on BrainGym prompted this response:

Are you a teacher? I cannot believe you are discouraging this sort of ‘activity’ and feel compelled to respond to your comment post.  Call it what you want but this sort of activity used in the right way, stimulates learners into understanding how they can use their minds to solve what ever is placed in front of them.

And on and on. The emotional response trumps any argument.

If you watch the BBC or any news channel recently, you’ll see the awful spectacle of false balance. Balance is considered important to avoid partiality and so stations try to get both sides of any story. This is a great idea except when there aren’t two sides to a story. An example of this is climate change, which 97% of the world’s climate scientists agree is likely caused by human activity. Watch a discussion on TV and the scientist will be pitted against some well-known celebrity or politician who just happens to think the idea is BS. You can see the same thing with vaccines; medical doctors on one side and ex-model Jenny McCarthy and  her ‘mommy instinct’ on the other.

Some folks have already started to say that Sugata Mitra’s talk was good because it provoked debate. Now I have no real opinion on Mitra either way because I haven’t had the time to read his research, but ‘provoking debate’ is only a good thing if there really is a debate. Creationists trying to undermine the theory of evolution and get Adam and Eve back in school science classes (nearly 100 years after the Scopes trial) talk of ‘teaching the controversy’. This means giving equal time to the theory that humans developed over millions of years and the theory that ‘God did it’ and letting kids make up their own minds. It sounds like a reasonable and fair position, but when one side has all the evidence and the other just really really really want it to be true then we gain nothing from debate. No doubt neuro-myths in education will be defended on the grounds that it’s healthy for us to hear both sides. It isn’t. If the supporters of learning styles bring new evidence to the table, I’ll be the first one listening, but allowing debate for the sake of false balance is a waste of everyone’s time.

In case you missed it, this week has been world homeopathy awareness week and, really, that says it all. Homeopathy not only does not work; it cannot work. If it did work, the laws of physics would need to be rewritten. Homeopathy has been around since 1796, during which time medicine has saved millions of lives with vaccines, better medicines, and other advances in medical knowledge. Homeopathy has, in 200 odd years, never cured anyone of anything. It has lead to a few people’s deaths, however. One such case was in 2009 when a 9-month old baby died after her parents decided to treat her eczema with homeopathy instead of medicine.

TEFL isn’t medicine and learning styles aren’t homeopathy, but it’s a further reason that things won’t change. Homeopathy is flourishing. There is a ‘homeopaths without borders’, and it is available on the NHS. If a practice which cannot work but can lead to people’s deaths continues on strong after 200 years what hope is there of getting rid of neuro-myths?

Of course, the comments section on recent homeopathy articles are full of people saying ‘you can prove anything with facts, can’t you?’

Utter rubbish. This article presupposes that only western drugs work. Tell that to the Chinese. All 2 billion of them.

Yet another callow opinion piece bashing homeopathy. Second-largest system of medicine in the world today. Growing at 30% a year worldwide. Hmm. Patients embracing it in larger numbers. Hmm. No complaints except from people who are more interested in propaganda than facts …

If you still think things will change, you haven’t been paying attention.

In my fantasy world, when the 5th edition of The Practice of English Language Teaching comes out, NLP, MI and learning styles would be roundly denigrated, or, better yet, like the 2nd edition (Harmer 1991), would not even feature. After all, I don’t imagine medical textbooks still have sections on the benefits of blood-letting and humorism. Some people might balk at this and accuse me of censorship, but that’s not what I’m advocating. Editors and publishers would merely say to authors, ‘I’m happy to publish this, once you provide evidence to counter all of these negative studies.’ That should do the trick.

Listening to the enthusiastic applause when ‘Hugh Dellar’ implored IATEFL to stop accepting talks on pseudoscience nearly caused my Grinch-like heart to grow three sizes. If things do change, I’ll be ecstatic but for the reasons listed above. But I’m not holding my breath.