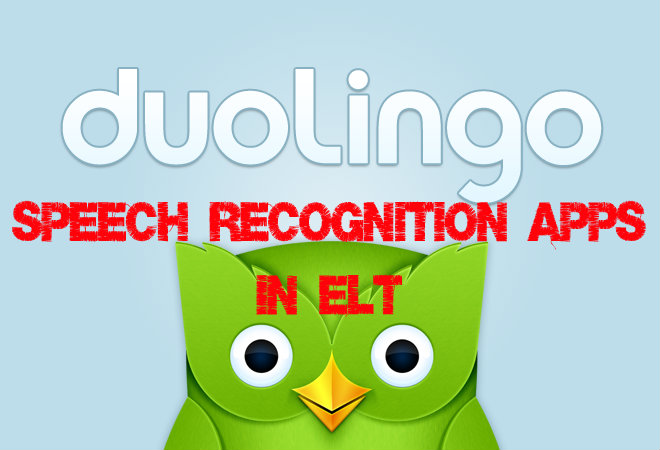 Following on from a previous post on Speech Recognition in learning applications, this week we are looking at a fairly well established language learning platform; Duolingo.

Some months ago we blogged about Duolingo’s assertion that it was, quite simply, a better learning proposition than university. Around the same time we posted that, Duolingo announced the launch of an offline mode for their course, as well as a speech recognition functionality for the mobile app that checks how close the learner’s pronunciation is to that of a native speaker’s. The website had been offering SR tech for some time, but the company wanted to reflect the organic movement toward mobile learning that their learners were demonstrating.

The free application, like the website, is an intuitive, fun and very addictive learning environment. Duolingo has masterfully integrated elements of game dynamics to reflect the on-going gamification trend in language learning. This is done subtly and in an unobtrusive way, however, as gamification in ELT can so often degenerate to something resembling a learning experience that has been crammed into an end-of-the-pier arcade machine.

A learner/gamer is given structured and varying exercises through which to familiarise themselves with and practice the language content. Multiple choice, gap fill, dication exercises all crop up in various forms and at various points in the journey. The effect is surprisingly effective; as a German learner, I felt that I was being given ample opportunity to practice and revise vocab.

The appeal of the very slick Duolingo approach is heavily undermined by the accuracy of their SR software, however. It lacks SpeakingPal’s level of recognition (which was able to highlight words that I’d said incorrectly, albeit without any explanation of what errors I was making). Duolingo’s SR back end seems only to be able to recognise that you have said something. Anything.

My initial efforts were rewarded with ticks and I sailed along my progress bar. The more mischievous learner in me, however, couldn’t resist testing the robustness of the SR, so I just started saying anything and that was getting rewarded too. Not just changing the odd word here and there, but saying a completely different sentence to that in the activity will still get a tick and ping from app. It seems that it’s not necessarily able to recognise what speech has been inputted, but rather just that speech of some kind has occurred.

The weakness of the SR has been registered by the users who are logging their experiences on the Duolingo discussion boards (perhaps a more productive and worthwhile language exercise than the SR itself – it just goes to show that the best language learning opportunities can’t be engineered).

I’d go out on a limb here and suggest that the SR element of the Duolingo approach is more gimmick than gristle. After all, the reason Duolingo is free is because they sell web content that their learners have translated back to the original owner. It’s a translation company first and learning company second. Duolingo CEO, Luis von Ahn, told TechCrunch in an interview earlier this year that “users like the lessons more than the translations – and I don’t want that.”

Learners enjoying lessons on their mobiles? The very thought …

For Geoff Jordan’s analysis of how Duolingo stacks up against SLA research, see here. Some of our initial thoughts when Duolingo  was new and when it won Apple’s app award circa 2013.