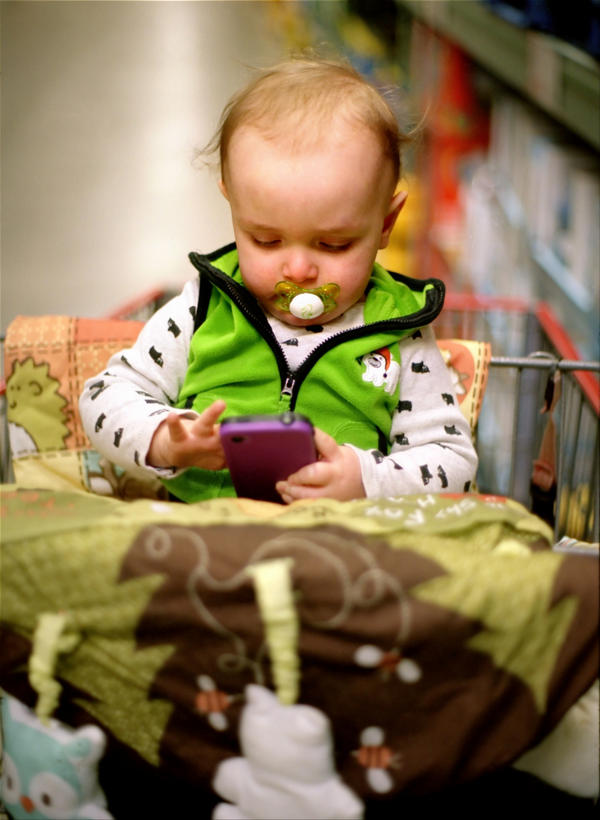 Online learning and the demise of the ‘social gap’

It’s very commonly said by ELT people that online learning can never fully replace learning in the classroom because of the need for social contact and face-to-face interaction as an essential part of the learning process – and there’s a ‘social gap’ if you’re learning in the virtual world. The same argument is made in the ongoing debate – mainly in US higher education – about the rise of the MOOC. The inevitable MOOC backlash is in full swing, and one of the key questions being raised is “how can a mere online course replace the social learning experience of attending a real university?”. But does that make sense to anyone born and raised in the internet era?

Is learning in class always better?

In my post on the flipped classroom recently, I suggested that there are parts of the learning process that can be done just as well (or perhaps better) as online self-study, leaving precious classroom time focussed on speaking and communicative activities and helping students to deal with specific problems. Not everyone agreed with that, and I think it’s a pretty commonly-held belief in the ELT-o-sphere that learning a language in class is always and intrinsically better than learning on your own – because use of language is an inherently social activity, of course. My own experience is that I generally learn most things better on my own, and I’ve never had a particularly good language learning experience in a classroom. A decent online course combined with lots of conversation practice will surely be light years more effective than trying to learn in class with a under-trained teacher and under-motivated classmates. Obviously, being in class with a great teacher and small group of highly motivated fellow students should lead to very rapid and effective learning, but I’ve never been lucky enough to experience that in language learning and I’d be pleasantly surprised if it was representative of the majority of language classrooms. But maybe I’m just not fully factoring in the social gap which is self-study’s biggest flaw? This social gap is obviously a source of reassurance for the bricks and mortar teaching institutions which rely on the orthodoxy that learning is best done by putting a bunch of people into a room together with a teacher.

Underlying all of this is the assumption that not having a group of people in a room together means a lack of proper social interaction. But is that the case? Well, maybe have a look at how teenagers or young adults use social media and generally interact online and via smartphones. Surely it wouldn’t be too much of a stretch to say that this online interaction is as much a part of people’s social lives as face-to-face communication is. Ever seen kids communicating with each other on their phones or laptops even though they’re in the same room? That would have sounded bizarre a few years ago but, as we know, it happens all the time now and is completely unremarkable. Does that mean our kids are just screwed up, though? I don’t think so. Social interaction online might be different from face to face communication, of course, but is it necessarily inferior or less real? And if you’re under the age of about 25, does it actually seem different or distinct at all? Maybe, but I think the distinction between ‘real’ and ‘virtual’ life isn’t what it once was. Digital media and being constantly connected is a central part of our lives – not the appendage that it was in the days of email and web 1.0, only 10 years ago. That’s why we can’t cope with being offline for any significant amount of time – we wouldn’t be bothered by being ‘off the grid’ if we weren’t missing out on real social interaction.

So, if that’s the world in which you’ve grown up, how much credence would you give to the argument that learning through digital media and in an online environment is a second class experience? A decent online course should offer plenty of opportunities (and reasons) for frequent communication and input and support from a teacher and other students (through video chat, forums etc). There’s no reason for an online course to suffer from a social gap, as long as you accept that online interaction can be as real as face to face interaction. For many learners, classroom lessons mean learning at an inconvenient time and on the other side of a traffic-clogged city, and then sitting with a bunch of random people and a teacher who has two minutes per lesson to devote to your specific needs if you’re really lucky. If online life is a large part of your real life, then why would learning outside a classroom necessarily mean a social gap and therefore an impoverished learning experience? If you could learn more efficiently and more cheaply online, then moving away from bricks and mortar learning institutions is going to seem ever more attractive. Once you can get the same formal qualifications, too, then it’s an easy choice, surely? One of the problems with MOOCs is online courses that just aren’t good enough, since they merely replicate the lecture experience found in most universities. Most online courses right now probably do suffer from the social gap, but that shouldn’t be an insurmountable problem.

The big exception would be when your reason for learning a language is primarily social in the first place – in which case, go to class and meet interesting new people and pick up a little bit of the language if you’re lucky!