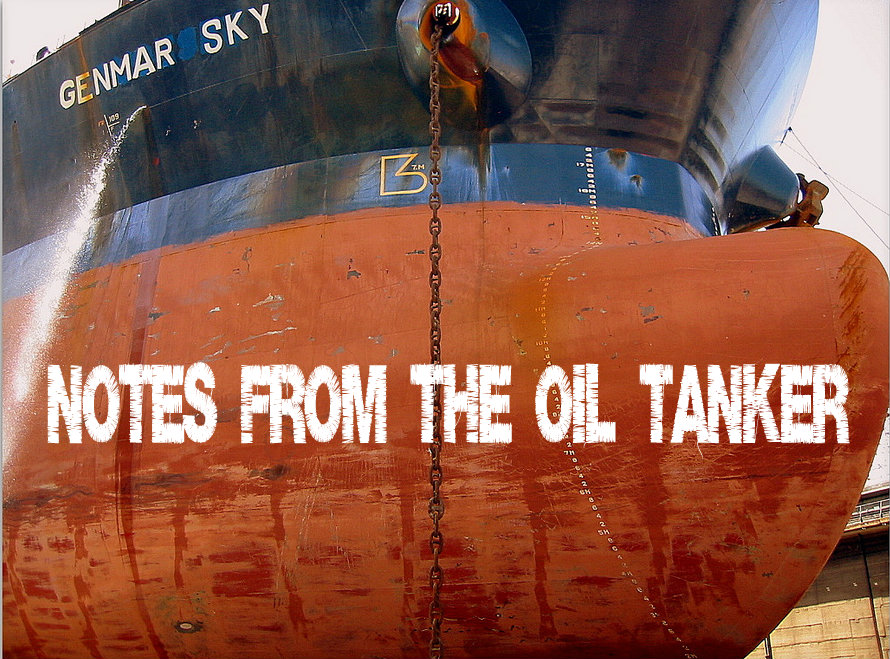 Notes from the oil tanker

Roughly four years ago I began working as a Teacher Trainer for Pearson. Since then few words have been so prevalent in ELT as ‘EdTech’ and it has not been unusual to attend conferences where perhaps more than half of the talks on the schedule made at least some reference to the impending digital disruption sweeping into our sector and how best to prepare for it, avoid it or pretend it didn’t exist.

Often the discussion about the use of digital tools in language learning has been simplistically represented as a dividing up into two camps: those unconditionally in favour of them and those who would deny they could ever have any useful impact on learning. Obviously such black-and-white thinking is not what this conversation has ever been about, but no matter what one’s angle is on it, it has been difficult at times not to choose sides as we argue passionately in the comments section of a blog, such as ELTjam, for our particular vision of the future of language learning.

So for those of us who attended the Innovate ELT Conference it certainly seemed that this coming together face-to-face was long overdue. As many attendees noted, it gave us all an opportunity to see that there was far more to unite the sceptics and the enthusiasts than to divide us, far more grey area than either black or white. In my view the debate has finally begun to reach a real moment of maturity. Or as ELTjam’s Nick Robinson said in his session An engaged tone: how ELT might handle the ‘EdTech revolution, we all know the score, there are real interests at play and no one said this was going to be an easy conversation, but, ‘don’t let EdTech just happen to you.’

As good a starting point as any in this debate was Scott Thornbury’s advice in his mini-plenary (taken from Neil Postman) to be a ‘crap detector.’ Nicky Hockly even brought along her own home made version of a crap detector to drive the point home. Certainly getting a grip on good uses of technology in education starts with sorting out the snake oil from the Shinola, so to speak.

But I was particularly interested in another word which Nicky brought up and which was echoed throughout the conference: grassroots. The idea here, and I believe I understand it correctly, is that technology which is incorporated by teachers on the ground and in the trenches has more real value than that which is imposed from above. It is a viewpoint which is inherently democratic, undoubtedly attractive and one which I won’t even attempt to disagree with. Ceri Jones then gave a number of examples of ways in which fairly straightforward uses of readily available technology have transformed her teaching over the years, some as simple and ‘grassroots’ as email.

There is, however, another reason this idea resonated with me. During the speed dating activity my group was visited by Jo Sayers and Nick Robinson from ELTjam. They related part of the ELTjam story, where they came from and where they see themselves going. Nick mentioned a particular moment which was quite crucial in helping them to define themselves. It was when they published this particular post on Pearson’s move towards digital and the reaction they had to it from people in the publishing business. It was, as he said, perhaps the first time there had been such a public debate on the policies being pursued by a publishing company.

I won’t go into my personal reading of their predictions in that piece. I will simply limit myself to saying that it was then, and continues to be, almost required reading where I work, and regardless of how ‘wrong’ or ‘right’ they might have got it, one thing remains clear: It is always flattering to have stirred up such a conversation!

But there is something about that article, while in no real sense untrue, that has always left me feeling a bit uncomfortable. Pearson was depicted as a huge oil tanker attempting to make the move to agile digital publishing. The metaphor is apt on many levels. Pearson is undoubtedly a big company and the change we have embarked on is ambitious to say the least. Brave or bold might be even better words to describe it.  But what I found uncomfortable in the image of the oil tanker, and I realise this was not intended, is that it also suggested something mechanical and impersonal, as well as gargantuan (and decidedly 20th century! Still dangerously navigating our seas while we try to move to renewables). An image divorced almost entirely from grassroots concerns. I believe it is fairly safe to say that when most of us speak of grassroots uses of technology we are not generally thinking about what publishers or big tech companies are offering us.

The reality of the situation, however, is once again not so black and white. During the panel discussion on adaptive learning with ELTjam and Knewton, what struck me most was not only the sincerity with which everyone spoke of many of the limitations they faced when confronted by language learning, but also their desire to continue to develop their technologies to better serve the language learner in the face of such limitations.

This would mirror my own experience working within Pearson, where there is a huge amount of internal debate around the use of these tools, as well as a keen awareness of the reality of teachers and learners on the ground. The folks at Knewton didn’t strike me as walking algorithms, hell-bent on taking over education and feeding it into the Matrix, but as bright and idealistic individuals who are interested in listening to their partners about the trickier pedagogical aspects of language learning to improve what they can offer.

One of the most interesting things to come out of that discussion, and Jo Sayers has already blogged about it, was Scott Thornbury’s concern that we run the risk of breaking down language learning into very small lexical and grammatical items that check declarative knowledge of language only. Contrary to some popular beliefs Scott Thornbury is no luddite, but he is one heck of a formidable devil’s advocate for a sharply critical view of digital technologies applied to language learning, and someone we all need to be listening to for that very reason. Shouldn’t we be looking for other ways to measure learners’ progress in language learning, perhaps based on concepts of communicative competence? Is that even possible?

Well, just prior to that panel discussion I gave my own talk which outlined Pearson’s Global Scale of English which is precisely that: a granular scale based on highly measurable ‘can do’ descriptors for language proficiency and communicative competence. As a reporting scale for our Progress test it provides actionable data on all skill areas which not only allow learners to have an idea of where they are in their language learning, but what they need to do to continue to improve.

I don’t bring this up to make some kind of plug for Pearson (OK, maybe a little!), but to illustrate a point. The very real grassroots concerns that are expressed by Scott Thornbury and others are also issues that big companies like Pearson are dealing with. Far from being divorced from these issues, they are in fact what drive conscientious companies to come up with solutions to the problems of devising tools which aid in language learning.

I hope we all come away from Innovate ELT 2015 with a strong desire to keep the conversation going no matter where we might find ourselves on the digital argument continuum and that when we meet again at #iELT16 we are able to say that we’ve reached another new moment of shared understanding about the challenges and promise on the horizon in our profession.  In his post-conference post, Adam Beale suggested that perhaps we should attempt to keep the focus more on this word “profession” and less on the word “industry.”  I’m not always one to be sold on some kind of one-word changes everything, positive thinking, kumbaya thing, but he has a point.  It helps us to see that we are all in the same boat and hopefully trying to row more or less in the same direction.  Oh, and that boat doesn’t have to be an oil tanker by the way!

Brian Engquist is Teacher Training Department Manager for Pearson in Spain and Portugal.  As someone who has spent over 20 years involved in teaching English (and far fewer investigating Edtech) he strongly believes the most important letter in ICT is the middle one.

ELTjam and Oxford House Barcelona are excited to announce that Innovate ELT is happening again in 2016. Check out the website for details.