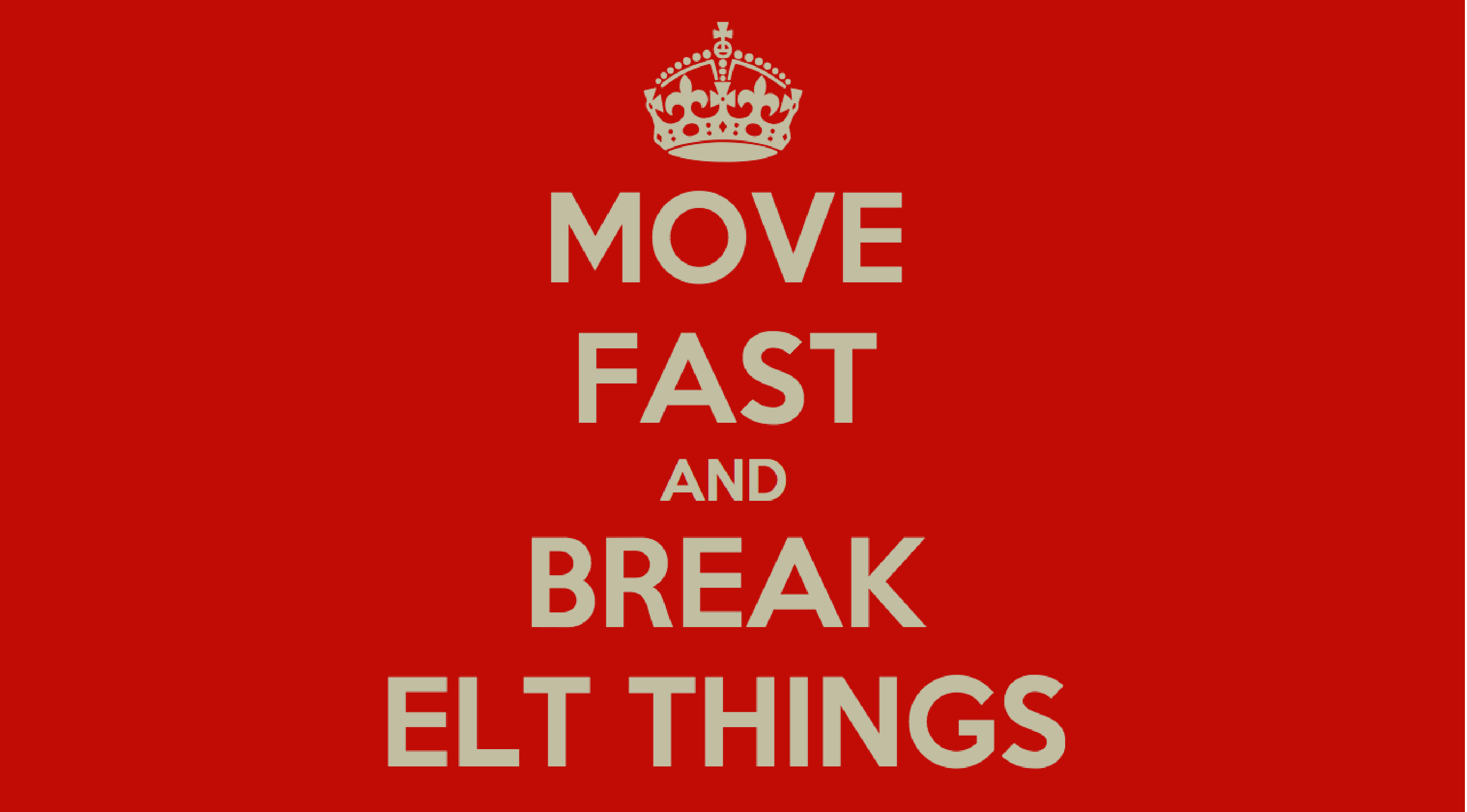 We’re grateful to Jonathan Sayers for kindly allowing us to feature this terrific post he wrote for his own blog, www.eltplustech.com , back on the 22nd November 2013. He can be found on twitter @jo_sayers. Over to you, Jo …

Tonight, at TESOLFrance‘s annual colloquium, I had the privilege of meeting Karen White, Karen Spiler and Sue Kay, and listening to them talk about their excellent resource ELT Teacher to Writer. The idea is to train teachers in the areas of content writing that the publishers value/need and then put writers and publishers in contact with each other.

As part of the talk we had to attribute a few statements about the ELT publishing industry with the labels ‘true’ or ‘false’ (in true ELT style). I got a couple of these very much wrong, and I don’t think I should have done (more in a furthering-of-the-industry way than a not-liking-to-be-wrong kind of way). Here’s why:

The first statement I got wrong was ‘Publishing companies decide what type of materials they are going to publish years in advance.’  There were mentions of publishers’ ‘5 year plans’ and the (cosy) prior knowledge of changes to certain exams informing release dates of new publications. But 5 years is the time it takes some language learning companies, such as busuu or duolingo, to be conceptualised, launched and reach millions of users. Things change so fast these days that a 5 year plan could be redundant after 1. That’s not to say a long term plan isn’t good business practice, but the idea that publishers can predict the market so far in advance is becoming ever less believable. We can learn so much in 5 years, and we can help our learners by using that knowledge now, rather that having such a long lag.

The other statement I got wrong was ‘Publishing companies invest heavily in market research and use the results to inform that material they publish’. The word I took umbrage was with ‘heavily’. And it turned out to be well-founded umbrage, as the figure of 3 million dollars was mentioned for a coursebook research and development. But what about the time it takes to conduct this research? And what about the market fluxes during this time? The phrase ‘agile development‘ is used widely these days, but basically because it reflects the working practices of an increasing number of players in an increasing number of industries. And one of the tenets of agile is ‘fail fast, fail often‘. Simply put, a company that invest so much time and money in a product can’t possibly fail very often and stay alive, so they had really better hope they don’t fail. But if we can get a product (coursebook, exercise, activity, game… however you want to define it) out, then we can gauge reactions to it, implement a back-channel, analyse the results, observe behaviour and make changes where they’re needed.  That way we don’t need to fear failure, we can embrace it as helping us improve the experience of our learners.

As it is, I feel we’re sticking to the same old ways of working, producing similar content for a similar publishing industry, thus confining learners to a similar path. But now we have a chance to do something new, to push things, to break things. I’m not saying we discard theory, quite the opposite; we should test theory, stretch it and make new conclusions about how people learn.

In short I think we should try to adopt another tenet of agile: ‘move fast and break things.’ It’s companies like ELT Teacher 2 Writer that are in a perfect position to help bring about this change.