Macmillan signs up with Knewton for adaptive learning in ELT 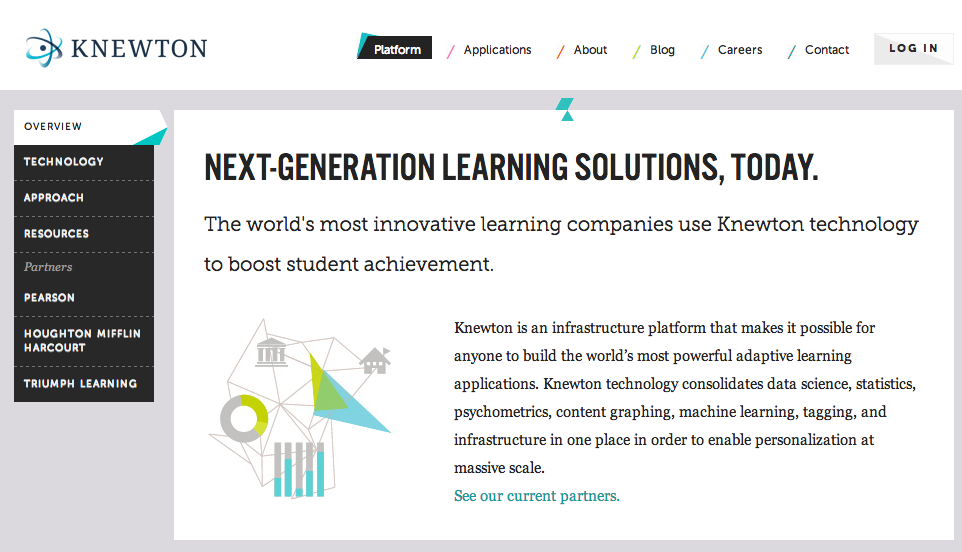 Adaptive learning powerhouse Knewton has announced that it has signed up with its second major publisher – Macmillan Education. Knewton, founded in 2008 by a former Kaplan executive, is already working with Pearson, and a number of US-focussed educational publishers. Macmillan will now be looking to integrate Knewton’s adaptive learning technology into online ELT courses, with the first products promised in 2015. According to the Macmillan announcement, the main focus will be on adaptive content for grammer, vocab, supplementary and exam prep. Pearson have already integrated the technology into their MyLab LMS, although not yet for ELT (that’s coming, though). This means that, at some point soon, all Pearson ELT courses will probably feature an adaptive online practice option, with Macmillan catching up a couple of years later.

The key selling point of Knewton’s technology is that a student’s online learning is tailored in real time according to their performance, with their strengths and weaknesses constantly analysed and compared with every other student. The platform also provides analytics for teachers so they can track student performance easily. As well as expanding the range of their publishing partners, Knewton are also planning a move into direct-to-consumer (as this job ad shows), presumably involving opening up the platform to anyone – that sounds pretty intriguing.

Knewton have a big EdTech agenda. They’re not in the business simply to provide tech to publishers – as with many (all?) US EdTech startups, they are on a mission to transform education for the better through technology, or at the very least to ride the wave of total disruption that they see as the inevitable result of EdTech. This post from founder Jose Ferreira gives you an idea of the world view.