Lost in the crowd? Crowdfunding in ELT

Now that web 2.0 is passé, and we’ve all got used to the concept of crowd-sourcing and the ‘wisdom of the crowd’, one of the hot crowd-related trends of the last couple of years has been crowdfunding. You may have heard tales of people raising huge sums of money in weeks on sites like Kickstarter. So, could crowdfunding have an impact on ELT? Well, why not.

Crowd-sourcing and the wisdom of the crowd: a re-cap 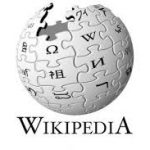 Crowd-sourcing means you can get a bunch of complete strangers to create your content for you; the wisdom of the crowd says that if you throw enough brains at something, it’ll get knocked into shape better than a small number of experts could do. Wikipedia, anyone? You don’t hear so much any more about its lack of quality when compared to carefully edited encyclopaedias. Wikipedia’s victory has been pretty much total, for all that it is flawed. How could anything else really compete against such a vast amount of human resource?

So, what’s crowdfunding all about?

Crowdfunding takes things in an interesting new direction. Rather than asking complete strangers to provide content, in this case you’re asking them for cash. That might mean investing in your new startup business in return for a share of the equity; or it could simply be a case of paying in advance for a product or work of art that you want to create. The poster child for the movement is Kickstarter – the most famous crowd funding site. Crowdfunding is projected to raise over $5bn in 2013, through dozens (maybe even hundreds of sites).

Crowd funding is a big deal in music at the moment. Want to record an album? Got fans, but no cash? Use Kickstarter to get them to put up the money for your new album up-front so that you can go and record it. The recent success of singer Amanda Palmer highlighted what Kickstarter can do – she raised $1.2m in pre-orders for an album. Her target was $100k. Other Kickstarter success stories include:

This isn’t a new phenomenon – it’s just people hustling and raising cash to support their ventures, after all. But what is new is the plethora of online services that provide a simple and safe platform for doing this, and for reaching an audience of hundreds of millions of potential investors who can put in as little as $10 if that’s what they want to do.

Not all crowdfunding is the same. The two main models are donation based funding, whereby you set a target amount that you want to raise in order to create something, and people pay towards helping you get there in return for products or other rewards. For example, pay $10 and if I reach my funding target, you’ll get a copy of my book; pay $20 and get a copy of my book with a signed photo; pay $100 and I’ll come to you house and read extracts from my book at your dinner party so you look cool in front of your friends. This model is where crowdfunding grew from in the first place. The second model is investment crowdfunding, where you invest in a business in exchange for a share in the equity. Unlike the donation based model, the appeal for investors is the potential to make money – so it’s really a kind of micro venture capital.

Some of the main players 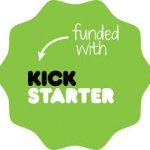 Kickstarter
The place for donation based fundraising for creative endeavours – music, film, art installations. Definitely not one for business startups or overtly money-making ventures. But still the biggest and best-known of all the crowdfunding services. Until recently, this was a US-only service, but it’s now expanded to the UK too.

Indiegogo
Probably the second best known. Similar to Kickstarter, but a bit less strict about what you can raise money for, and what projects will be accepted. Want to raise money for a charity, or to pursue your hobby? Indiegogo is probably a better bet than Kickstarter. The site can be used all over the world.

Crowdfunder.co.uk
Describes itself as “the UK’s leading reward based crowdfunding platform”. More of an ethical and community focus than the others.

Seedrs
The UK’s highest profile investment crowdfunding platform, and describes itself as “an online platform for investing seed capital”. Seedrs is more straightforwardly about startups pitching their ideas in order to get the investment needed to get their businesses off the ground. Like Dragon’s Den, but less scary.

Of course, if all of this can work for music or consumer technology, it can work for any creative endeavour or business, including content publishing – and that is happening. If you have a look around these sites, you’ll see examples of book or publishing projects. And of education projects. But what about ELT? I’ve seen the occasional language learning product pitched on Seedrs – all looked terrible. Have a browse of the ‘Education’ section on Seedrs, or on Indiegogo for the US, and see the kind of things being put forward and the amounts of money asked for. More interestingly, check out the list of successfully funded projects. It’s a bit of a ragbag of things – food services, office services, fashion retail, gadgets.

I may have missed a hotbed of great education and even ELT campaigns somewhere out there, but I suspect not. At the time of writing, I managed to find one small example on Kickstarter, but that was it. But surely there’s big potential here? Would it not be possible to put together a compelling case for an English language learning product or service on one of these platforms and raise enough cash to get it off the ground? Either something community focussed or for a good cause on Kickstarter or Indiegogo, or a full-on ELT startup business on Seedrs. Crowdfunding is a real phenomenon (remember that $5bn figure). It’s proving to be a viable source of funding for thousands of businesses and creative efforts. I would expect EdTech to latch on to it. It seems perfectly suited to the EdTech disruptive agenda – what could more disruptive than the idea that anyone with a good idea, creative spark and ability to hustle can now get actual cash investment without having to prostrate themselves in front of money men in suits? And if crowdfunding becomes a factor in EdTech, then it’ll make its way into ELT. There must be thousands of potential ELT-related businesses or services out there which probably aren’t happening because of a lack of seed funding to help them make the first steps. It isn’t going to be easy to get noticed in amongst all of the campaigns for new gadgets, e-commerce services, albums and community projects. But it ought to be possible if you’re good enough.

If you’ve seen good examples of crowdfunding in ELT, or if you’ve actually tried it yourself, please share!

5 thoughts on “Lost in the crowd? Crowdfunding in ELT”