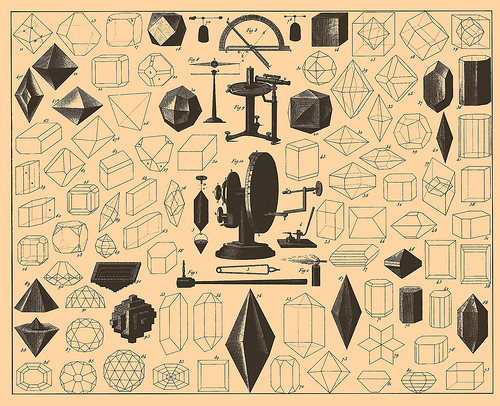 IxD: The Formula for the Future

Does putting flowers in my mouth make me a vase?

No. It doesn’t. But that’s a punchy philosophical opener and I’m sticking with it.

Similarly, does formatting a book’s electronic content so that it can be displayed on a tablet or computer screen mean it is still a book? Is it a book as a long as I can move sequentially back and forth through the content? Does it need to possess certain characteristics of “bookiness”? In his recent post on ebooks as a trend in ELT, Laurie Harrison signed off with a selection of questions that he felt ought to be posed to/by those looking to contribute to the platform’s evolution. In this post I’m hoping to get under the skin of some of those questions a little more. Just for funsies.

Cambridge Dictionaries Online attributes an A1 level to the word ‘book’, describing it as “a written text that can be published in printed or electronic form” and “a set of pages that have been fastened together inside a cover to be read or written in”. Between these two definitions we see that a book in fact occupies two states; there is the book-as-content and the book-as-object. Current manifestations of ebooks seem to be responding to the well-entrenched perception of the book as an object. Reading books on the iPad often requires a flick to turn the glossy, graphically-delightful page. Reading on a kindle device places the ever-replenishing book in your hands with a ergonomically placed button for turning. The age-old book technology has simply been translated into a glass tile, suggesting that the book-as-content/book-as-object dichotomy has deliberately not been reconsidered in the light of the new tablet tech and the opportunities it represents.

This is where, for me, the issue becomes one of design. More specifically, the ELT ebook ‘phenomenon’ lends itself well to being discussed in terms of Interaction Design (IxD). IxD is a design field based on the groundwork of Bill Moggridge. As described in his 2006 book Designing Interactions,  he looked for ways of creating new design approaches that would best suit the early development of software/digital products being created in the ’80s. The aim was to explore the design of behaviours as well as the more ‘solid’ aspects of a product. The field of IxD has, in recent years, developed a great deal and its applications (and descriptions) are becoming increasingly diverse. Jonas Löwgren, designer and IxD teacher, provides a whittled down definition of interaction design, saying:

Interaction design is about shaping digital things for people’s use.

The term ‘shaping’ is an interesting one in that it specifically refers to a design process rather than one of straightforward creation/construction.

IxD’s approach of shaping things for people’s use is a direct response to the historical notion of job-specific tools and instruments whose application was not extendable beyond the workplace; a software program was used to complete a task efficiently, quickly and as precisely as possible. Other notions of use, however, began emerging as digital tech started to become a consumer product with appeal and applications beyond the workplace environment, such as it being used for entertainment. With the exponential expansion of the internet came the use of digital tech for communication, a use that is arguably the most prominent.

This on-going development in the concept of ‘use’ has been a major driver in the field of IxD, and is perhaps most clearly reflected in the notion of ‘user experience’. The user experience is an invaluable expression of the human use of a digital product and is capable of capturing the more emotional, non-practical qualities of the experience.

The remarkable short documentary Connecting explores the changing relationship between humans and their digital devices. It’s most definitely a must-see for those seeking a glimpse into what the future holds. The procession of IxD experts in the film recapitulate the central position of the human within their network of digi-devices. The message that appears as the foundation of leading edge IxD practices is that the human element of the interaction is the most critical and that the vision of the tech is only fully realised once it is being used and experienced by a human user. One point that particularly resonates with eltjam’s recent posts on ebook is that analog metaphors are making less and less sense on digital devices. That is to say, given that our iDevices are capable of curating, handling, searching, reference and manipulating data in a myriad of ways, why are we still seeing camera apps that look just like their real-world counterparts (“I have an iPhone… if I want a Nikon I’ll get a Nikon”). Why are we still seeing books with pages and sewn covers beautifully reproduced in iBooks?

Shouldn’t we be prepared to dispense with the deep-rooted analog dependancies and create tech that reflects where we are now and what we want now? Wouldn’t the best thing for ELT publishing be for a IxDesigner to ‘shape’ their offerings into seamless, intuitive components that perform as invisible additions into the user’s tech experience? The tech that we choose to use, according to IxD, ought to be  an augmentation of our innate abilities as humans. The augmentation should be natural and instinctive, rather than inherited and forced. Perhaps the best place to start thinking ‘outside of the book’ is to set off on a line of user stories, a method utilised by agile software developers for identifying the functions a system must satisfy. For example:

1. As a language learner I want to be able to find and access content that helps me deal with a real world situation I have recently encountered.

2. As a language learner I want my choices and navigation through the content to be understood and responded to so that the ebook begins to match itself to me.

The dimensions and levels of inclusive learning experience design (ILXD)

How we researched our learning design principles (Podcast episode 10)

5 things that surprised us about EDI (Equality, Diversity & Inclusion)