Interview with a publisher Pt. 2/3

In the previous instalment of our interview with former Deputy MD of Cambridge University Press John Tuttle, we talked about how the ELT publishing industry has evolved and some of the factors that have contributed to that evolution. In this post, our conversation turns to the role of the author in ELT publishing and how that might change over time …

ELTjam: We’ve seen comments on the blog addressing the fact that publishers are moving away from royalties with authors and are sourcing content from fee-based writers. What’s your take on the role of the author? Is there still a place for them in ELT? 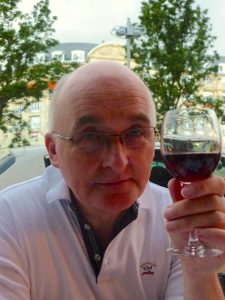 JT: I think so. I don’t think the author is dead, but what we’re seeing is that the drive towards personalization (combined with the enabling power of new technologies) is causing publishers to think about the potential of having a database of learning options and being able to exploit those with a greater degree of commercial freedom than the current model and in a more agile way. To do that there’s a move towards having fee-based writing.

I think it is certainly possible for publishers to conceptualise that type of product. In fact, I was involved in an exercise twenty five years ago in mathematics looking at that very thing; creating a database of learning objects. Also, I don’t underestimate the creative input of editors, who themselves often have a teaching background and great expertise and therefore have the ability to help with curriculum design.

Essentially, I think that the royalty model and way of engaging authors will probably become more flexible, but there is still a role for the creative input of experienced authors who have deep knowledge of classroom practice. Often, they’ve got a global perspective on what’s happening. They tend to be up to date with research. They’ve got experience of constructing materials and they can bring a creative voice or a creative methodology to the product. The best of them have the ability to inspire teachers and to stimulate learners. I can’t see that role disappearing.

ELTjam: It sounds like what you’re describing is the reinvention of courses. Do you think that an author is going to be expected to think and write differently?

And then there’s something in the middle. That middle area could see a utilisation of the author with an emphasis more on the overall shape of the concept supportedby writers perhaps, so it would be a different arrangement.

ELTjam: How important do you think an author’s name is to the success of a product? When you were commissioning a course how much consideration was given to who should write it?

JT: Well, again you’ve got maybe two ways at looking at it: there are established authors who are a brand in their own right and they’ve got a following amongst teachers. They are respected by teachers globally. They can be respected for a number of reasons; it can be a particular expertise (grammar, for instance) or a track record of producing courses, or being able to apply new aspects of psychology to learning, that type of thing.

On the other hand there is a need to take new authors into the industry and to benefit from the insight of existing classroom professionals, particularly those that are familiar with new technologies. I think that new generation is beginning to take on influential positions within publishing and I can see a collaboration between the two; between the mature ‘gurus’ and the highly-networked younger generation.

Another driver in all of this is the speed with which a product needs to be brought to the market. This varies by age level. If we’re looking at the K12 area then that will often be driven by curriculum change. Invariably education reforms tend to take longer than anyone anticipates and when they are actually finally decided upon the implementation is so fast that there’s pressure on publishers to produce materials quickly. The database model is based on the thinking “Well, if we had those learning objects worked up, we could put this product out quickly”.

That remains to be proven because it’s going to involve publishers creating content that is perhaps initially not targeted, and against that you’ve got the benefit of experienced authors who can move quickly. It’s sort of a natural thing that we’ll see teams; a lead author in combination with other authors as well.

I think the other point is that if we look back a bit the initial steps were very much an Anglo-middle class creation. We need to have a much more diverse author base.

ELTjam: Do you think there will be a move towards sourcing the work of, for example, China-based writers for the Chinese market?

JT: Well, I think so because there are the different Englishes and also, again particularly for K12 bracket, the curriculum will drive cultural expectations. So, for instance, Brazil talks about having products that are tropicalized. If we see CLIL impacting more then that again will centre it more in a particular culture. So having that input is important.

There’s another factor here from a sort of global ELT publishing perspective and that is what my Saudi friends refer to as “business tourism”. It’s important that publishers are not perceived as business tourists in that they drop in to a particular country with a short-term approach, produce some product and move on. There is an expectation that the publishers are more embedded in a particular society, that they are working with the Ministry, that they are long term.

ELTjam: So it’s kind of a social duty of care, really.

Well yes, and to participate in the development of society because that’s really what it’s about in many respects. And, of course, indigenous publishers can compete and do compete, but there’s another trend that I think is a distinguishing factor that perhaps favours the large global publishers and that is the growing requirement to demonstrate achievement and to measure progress.

In our final instalment of the interview John shares his thoughts on adaptive learning and the emerging trends in ELT.