Intersubjectivity: Is there an app for that?

If I had to reduce language learning to the bare essentials and then construct a methodology around those essentials, it might look something like this (from Edmund White’s autobiographical novel The Farewell Symphony):

[Lucrezia’s] teaching method was clever. She invited me to gossip away in Italian as best I could, discussing what I would ordinarily discuss in English; when stumped for the next expression, I’d pause. She’d then provide the missing word. I’d write it down in a notebook I kept week after week. … Day after day I trekked to Lucrezia’s and she tore out the seams of my shoddy, ill-fitting Italian and found ways to tailor it to my needs and interests.

Whatever theoretical lens you view this through, Lucrezia’s ‘method’ contains the right mix. Those who subscribe to the ‘learning-is-information-processing’ view will approve of the output + feedback cycle and the covert focus on form. Those of a sociocultural bent will applaud Lucrezia’s scaffolding of learning affordances at the point of need. Dynamic systems theorists will invoke the soft-assembly of language resources in a coupled system. What’s more, my own recent experience of trying to re-animate my moribund Spanish suggests that the single most effective learning strategy was ‘instructional conversation’ with a friend in a bar. That is to say, the same kind of ‘clever method’ that White celebrates above.

But, of course, unless you have a willing partner, such intensive one-to-one treatment is costly and not always available. Could this kind of conversation-based mediation be engineered digitally? Is there an app for it? 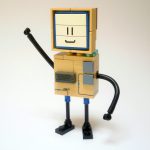 Interactive software that replicates human conversation has long been a dream of researchers ever since Alan Turing proposed the ‘Turing Test’ in the 1950s, which challenged programmers to design a machine that could outwit a jury into thinking that they were interacting with a real person.

While no one has yet met Turing’s conditions in any convincing way, programs, such as ‘chatterbots’, have certainly managed to fool some of the people some of the time, as in this example, where the ‘bot’, called AOLiza, is ‘chatting’ with an unsuspecting human interlocutor (‘ten’):

ten: hey james,how you been?
AOLiza: have you asked anyone else?
ten: no, should I?
AOLiza: why ‘no’?
ten: i don’t know, like to get it from the source. what’s up?
AOLiza: does that trouble you?
ten: does what trouble me?
AOLiza: are such questions much on your mind?
ten: sorry, missed the last. could u resend?
AOLiza: i’ve told you that apologies are not required.
ten: ok. so how are you?
AOLiza: why do you ask?
ten: just wondering. how’s the job? the family? stuff like that.
AOLiza: have you asked anyone else?
ten: about what? normally no one else is “on” when I am. this is the first chance I’ve had to actually talk to someone I don’t work with and haven’t seen.
AOLiza: why do you ask?
ten: just curious. making conversation, stuff like that.
AOLiza: does talking about this bother you?
ten: talking about what? I’m still not sure what we are discussing. I just asked you how you were…..you have me at a disadvantage

The truth of the matter is that, of course, the machine is not having a conversation, but, by following a relatively simple set of algorithms, is simulating having a conversation. Even a more sophisticated program based on ‘big data’, i.e. one that was able to crunch the residue of millions or even billions of such conversations, and then select its responses accordingly, would still be a simulation. Conversation, unlike chess, is not constrained by a finite number of moves. More importantly, what the program would lack is the capacity to ‘get into the mind’ of its conversational partner and intuit his or her intentions. In a word, it would lack intersubjectivity.

Intersubjectivity is ‘the sharing of experiential content (e.g., feelings, perceptions, thoughts, and linguistic meanings) among a plurality of subjects’ (Zlatev et al 2008, p.1). It appears to be a uniquely human faculty. Indeed, some researchers go so far as to claim that ‘the human mind is quintessentially a shared mind and that intersubjectivity is at the heart of what makes us human’ (op.cit. p. 2). Play, collaborative work, conversation and teaching are all dependent on this capacity to ‘know what the other person is thinking’. Lucrezia’s ability to second-guess White’s communicative needs is a consequence of their ‘shared mind’.

It is intersubjectivity that enables effective teachers to pitch their instructional interventions at just the right level, and at the right moment. Indeed, Vygotsky’s notion of the ‘zone of proximal development’ (ZPD) is premised on the notion of intersubjectivity. As van Lier (1996, p. 191) observes:

‘How do we, as caretakers or educators, ensure that our teaching actions are located in the ZPD, especially if we do not really have any precise idea of the innate timetable of every learner? In answer to this question, researchers in the Vygotskian mould propose that social interaction, by virtue of its orientation towards mutual engagement and intersubjectivity, is likely to home in on the ZPD and stay with it.’

Intersubjectivity develops at a very early age – even before the development of language – as a consequence of joint attention on collaborative tasks and routines. Pointing, touching, gaze, and body alignment all contribute to this sharing of attention that is a prerequisite for the emergence of intersubjectivity. In this sense, intersubjectivity is both situated and embodied: ‘Intersubjectivity is achieved on the basis of how participants orient to one another and to the here-and-now context of an interaction’ (Kramsch 2009, p. 19). Even in adulthood we are acutely sensitive to the ‘body language’ of our conversational partners: ‘A conversation consists of an elaborate sequence of actions – speaking, gesturing, maintaining the correct body language – which conversants must carefully select and time with respect to one another’ (Richardson, et al. 2008, p. 77). And teaching, arguably, is more effective when it is supported by gesture, eye contact and physical alignment. Sime (2008, p. 274), for example, has observed how teachers’ ‘nonverbal behaviours’ frame classroom interactions, whereby ‘a developed sense of intersubjectivity seems to exist, where both learners and teacher share a common set of gestural meanings that are regularly deployed during interaction’.

So, could a computer program replicate (as opposed to simulate) the intersubjectivity that underpins Lucrezia’s method? It seems unlikely. For a start, no amount of data can configure a computer to imagine what it would be like to experience the world from my point of view, with my body and my mind. Even my highly intelligent dog doesn’t understand what I mean when I point at its ball.

Moreover, the disembodied nature of computer-mediated instruction would hardly seem conducive to the ‘situatedness’ that is a condition for intersubjectivity. As Kramsch observes, ‘Teaching the multilingual subject means teaching language as a living form, experienced and remembered bodily’ (2009, p. 191). It is not accidental, I would suggest, that White enlists a very physical metaphor to capture the essence of Lucrezia’s method: ‘She tore out the seams of my shoddy, ill-fitting Italian and found ways to tailor it to my needs and interests.’

There is no app for that.

To see other posts by Scott Thornbury, try Who ordered the McNuggets?, How could SLA research inform Edtech and Writing by numbers: The myth of coursebook creativity

21 thoughts on “Intersubjectivity: Is there an app for that?”