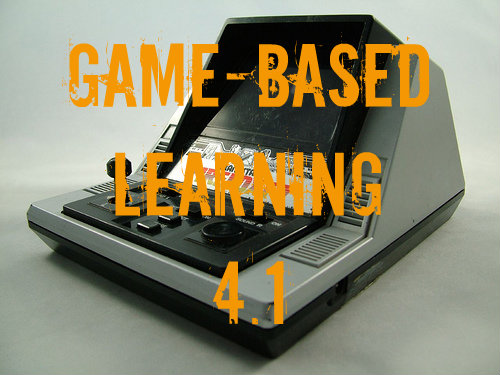 In the final part of his series of guest posts on game-based learning, David Dodgson looks at what the future might hold for GBL in ELT and what role (if any) materials developers and publishers could play.

In case you haven’t done so already, check out the previous posts in this series before reading this one:

Game-based learning is NOT the answer.

But the thing is, there is no single answer and there never will be. Learning a language is a complex process that requires a long-term investment of time, effort, patience and endurance. In order to get to grips with English, our learners need to be engaged, motivated and connected to the language they learn. For many learners, GBL can inspire a high level of engagement. It can be a source of motivation. It can provide the connection between language learned in a remote classroom and the outside world.

For many learners, yes, but for all? No. It’s a simple fact of life that not everybody has the same reaction to the same input and that is as true for GBL as it is for many other ‘approaches’ and ‘methods’ used in ELT whether they be general use of educational technology, bringing other media into the classroom, employing a communicative approach, or anything else.

For the above reasons, I do not see GBL as something that will ever become ‘mainstream’ or be used as the main focus of a course or learning programme. However, I do believe that, together with the growth of mobile gaming and the more interactive and social games we see appearing these days, it will become (or should I say ‘it is already becoming?’) a fact of learning and one we should embrace and exploit.

Progressing to the next level

Just as videos now seem to be a regular feature in many lessons (thanks in no small part to YouTube), I see a future in which gaming (together with topics and issues arising from gaming) will be the same. Mobile devices will play an important role in this as they provide easy access to short games but I think there will be a role for PC games as well, whether it be the whole class collaborating to play through a game on the interactive whiteboard or projector screen or small groups working together around different computers to complete tasks and explore possibilities.

The shape and depth of these GBL lessons will change depending on the students, the class dynamic and the teacher – as it should! I always believe that teachers should react to their classes and tailor their teaching to their students’ needs and interests, whether we are talking about GBL or anything else we do in class and that will affect the nature of these lessons. I am always wary of recommending any specific games as ‘great for language learning’ because I know that different students will react to the stimulus differently as will different teachers. Having an open mind and being willing to experiment, fail, regroup and try again are key things to bear in mind for students and teachers alike.

A degree of freedom and choice is also necessary to stimulate learning and creativity. In GBL, this involves offering choices about which games to use, how to use and when/if to use them. Recently, my students have been doing some projects about animals, how they help people and how people help them. Traditionally, posters or PowerPoint presentations have been suggested for this project work but this time I encouraged students to explore how animals were portrayed in various games. The game they focused on was up to them which resulted in some really creative projects. Minecraft (of course!) was a popular choice with students screencasting videos of animals in the game and describing their uses. Pets in The Sims were also popular as were various virtual pet games. Offering a choice of games to look at got more students involved but I also kept the ‘traditional’ project options open for those who preferred them and we had some very-well designed and informative presentations students as well.

Freedom of choice about how to learn, which media to use and how often to use it – it’s like an open world gaming sandbox transported into the classroom!

What does this mean for ELT publishers and material developers?

Hmm, this is where it gets a bit tough. Is gaming in ELT something publishers should be getting involved in? Well, many of them already are. In my school, the primary school students currently use a series of books from a major publisher that come together with a computer game with levels and missions running parallel to the themes and topics in the course book. I have seen this in action as my son (already an avid gamer – it must run in the family!) is currently a primary school student and his reaction has been, well, rather mixed so far. He very much enjoyed creating his own avatar and completing the initial quests. However, he soon got bored as the game became unnecessarily bogged down in what I call ‘forced language’. Instructed to find a villainous character, he explored a part of the gaming world asking other characters “What does ….. look like?” only to be frustrated by answers like “He hasn’t got red hair” and “He isn’t wearing brown shoes”. He soon lost interest as he became frustrated by the lack of progress.

So, how could that game have worked better? Gamers expect quick results and they expect to fail a few times before getting something right. This game offered neither. The process of elimination focusing on what a character didn’t look like took too long and led to either giving up or turning to random guessing. Some fundamental aspects of games should not be forgotten when an ‘educational game’ is designed, such as finding a balance between giving the player a sense of progress and the feeling of being challenged. Also, it is important not to tie that progress or challenge solely to matters of grammar and/or vocabulary. As language learners move through a game designed for them, their progress in the game should lead to the chance to learn something rather than their progress being dependent on them already knowing something.

For now, it seems games for education have some catching up to do. There are signs of a move in the right direction though. As regular eltjam readers will have recently seen, a company called Glass Lab has recently partnered with Electronic Arts and Pearson Longman to produce a version of Sim City aimed at middle school students learning about environmental issues. It will be interesting to see how effective (and popular) this project becomes and what direction it takes in the future.

With games such as Minecraft (see this video) already in use in education and initiatives such as Steam for Schools, which offer teachers access to Portal 2 and Universe Sandbox for educational use, it is surely just a matter of time before something similar gets going in ELT. I just hope that when it does, the focus in on bringing language learning opportunities into a gaming environment rather than the other way around…

Thanks for reading these guest posts of mine here on eltjam and thanks to the eltjam team for offering me the chance to write for them. If this talk of GBL has taken your interest (and I hope it has), please click over to eltsandbox.weebly.com and continue this exploration of GBL in ELT with me there.

Dave Dodgson is an EFL teacher working with young learners in Turkey. He has always had an interest in the use of technology to enhance the learning experience and has recently started to look into how computer games can motivate students and promote learning. He is the blogger behind ELT Sandbox (eltsandbox.weebly.com) and also tweets about gaming in ELT (@eltsandbox) as well as running a Facebook page on the subject (facebook.com/eltsandbox1). He also runs a ‘regular’ teaching blog (davedodgson.com).