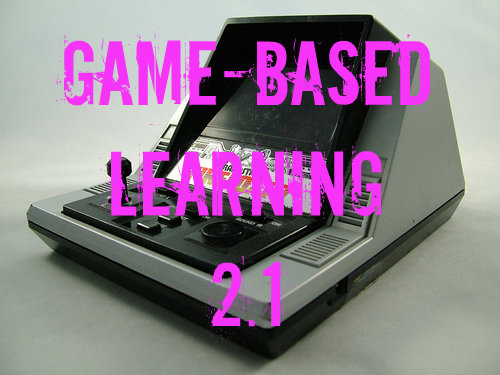 In last week’s opening post in his series about game-based learning, David Dodgson looked at some of the myths that surround both GBL and gaming in general. This week, he discusses some of the benefits and pitfalls of introducing gaming to the language learning classroom and also examines when and how a teacher might take such an approach.

Gaming can at times be a controversial topic (as shown by some of the myths/misunderstandings discussed last week) and the same is true for game-based learning. Taking something that is very much associated with leisure time and entertainment and applying it to an environment where the ‘serious’ business of learning is supposed to take place certainly raises a few eyebrows and it is often necessary to justify the use of GBL to stakeholders such as administrators, parents and perhaps even the students themselves!

For the first part of this post, I will present some questions and doubts that I often hear about GBL along with my responses to look at how to introduce the concept of GBL to an EFL class for the first time.

What they say: So, the students just play games? Don’t they do that enough at home already? Where’s the learning?

What I say: GBL is not merely about playing games. It is a way to get students interested, engaged and using the language they are learning. Simply put, using a game in class is a lot like using any other media – it can be highly effective as long as it is part of a structured lesson and there is a clear purpose for doing it. When we use a video clip, for example, we do not just play the video. We integrate it into the lesson by choosing a clip relevant to a current classroom topic and/or suitable for our students’ language level. We also design some activities to do before, while and after watching. It is the same when we use a game – it should be relevant, suitable for the level and age group and a lesson should be built around it. That way we can ensure our students are not merely ‘playing’ just as they are not merely ‘watching’ when we watch a video.

And, yes, many students do play games a lot in their spare time but they do so for fun with no learning goals in mind. By providing structure, we can take something from beyond the traditional classroom environment and use it to motivate and engage our leaners. In my experience, gaming is a topic students (especially the younger ones) are keen to talk about and that is something that should not be ignored.

What they say: OK, but video clips, especially from YouTube, are often short. Playing through a game can take a long time. How can you justify such a time investment?

What I say: It all depends on the game in question and how it is used. Epic online adventures like World of Warcraft or open-ended games like The Sims demand a lot of time in order to progress and they often require time to learn how to play the game, all of which can eat into our lesson time.

However, there are also shorter, more casual games that do not place such time demands on the player, especially with the recent growth of smartphone and tablet gaming. An app such as Can You Escape?, a puzzle in which you must use items and clues around you to figure out how to unlock the door and escape the room, is ideal for use in the classroom. It has short levels with clear goals and the control system is straightforward. It’s also great for the language classroom as it covers house and home vocabulary, prepositions of place and commands. You could even extend its use to bring in offering advice. There are many other such casual ‘pick up and play’ games that can be used in similar ways.

For the PC, demos also offer a way to use games without taking up much time. As these are limited versions of the game, often featuring just a couple of levels or missions with limited gameplay options, playing them does not take much time leaving the opportunity for specific focused activities to be integrated into the playing experience.

And going back to the games mentioned at the start of this response, there are ways to use those within a limited time frame if we have specific goals in mind. With World of Warcraft for example, learners could be directed to create a new character and complete some set tasks such as an in-game treasure hunt style activity. The Sims could also be used for a single lesson activity by simply exploiting the character creation options – ask students to create an avatar representing themselves or a friend in the class and then compare the digital version with the real one; or give them a description of a person and ask them to recreate it in the game (like a digital picture dictation). With a little planning, we can make almost any game part of a productive lesson or series of lessons.

What they say: And isn’t it expensive? I’m thinking buying games, providing access for all students, having the necessary hardware for them to play and so on.

What I say: Yes, games are not always cheap and the hardware required can be costly. However, there are always ways around such things for resourceful teachers! As mentioned above, demos provide a way to gain access to short-term games and these are usually free of charge. An increasing number of online games offer ‘free to play’ options that allow players access to the basic game (one off payments or subscriptions may be required to unlock ‘exclusive content’ but would not be necessary for language learning objectives). This can provide students with a large explorable world in which they can engage in a number of activities. You should, however, be wary of download sizes as many online games (especially MMORPGs) have very large (as in 10GB+ large) download files!

Many apps also have demo or free versions (if you don’t mind the adverts), which can easily be downloaded to a handheld device (file size in MBs rather than GBs as well). This can also help us solve any hardware issues. When using PC games, we are often restricted by what is available to us in school but making use of apps allows for a BYOD (Bring Your Own Device) system, meaning students with iPads, Android tablets and smartphones can download an app and access it in class, sharing in groups for a more collaborative experience.

Another option is setting GBH. No, not Grievous Bodily Harm but Game-based Homework! 😉 Assign students a task such as recreating a person from a written description to do at home using a game of their choice. They then take a screenshot and email it to you or post it on the class blog – only one computer needed in class for that!

And one more ‘myth’ we can forget about – GBL doesn’t always mean we actually have to play games in the lesson or at home. It’s perfectly possible to use the topic of gaming to generate discussion and productivity in the classroom. Ask students to talk about their favourite games, debate what makes a good game and discuss issues related to games – all engaging topics for game-loving learners.

What they say: But, not everyone is that interested in playing games. What do we do about those students?

What I say: GBL is not for everyone and not every student will respond to it in the same way. Many students will love it and approach tasks with increased motivation but others may not be so enthusiastic. Choice of game can help here. A sports game may be popular with some students but not others just as an app in which you cut models’ hair and apply make-up will not have universal appeal. The two key things are to select games that have a broad appeal (or activities that allow students to make use of a game of their choice, such as creating avatars) and, most crucially of all, to gauge the level of interest your students are likely to have in GBL before introducing it.

What they say: So, how and when would you introduce GBL to an EFL class?

What I say: I usually start by mentioning a few games in the course of a normal lesson and seeing what reaction I get. I mainly work with young learners (aged 10-13) and they are almost always incredibly keen to talk about their favourite games. Having received a positive reaction, I then do a first lesson based on games by showing a selection of logos for popular apps (see the image below), asking students to name the games and then describe how to play them (it always amazes me how the language like swipe, tap, drag, touch and so on comes flowing out with no prompting from me) before playing a guessing game in which students describe an app and ask their classmates to guess which one it is.

I also ask students to take screenshots of characters they use in their favourite games and share them on the class blog with a short description. This is a great way to appeal to as many students as possible while personalising the activity at the same time.

I even get my students to discuss the merits of games for learning languages. After pointing out that the common thread that binds many games is English, I ask them how games can help us learn and what the pros and cons of using them to improve our language skills are. Rather than describe those to you myself, I shall leave this post with the answers my own students came up with in a recent discussion lesson (remember, they are only eleven!) What do you think? Is there anything else you would add?

Dave Dodgson is an EFL teacher working with young learners in Turkey. He has always had an interest in the use of technology to enhance the learning experience and has recently started to look into how computer games can motivate students and promote learning. He is the blogger behind ELT Sandbox (eltsandbox.weebly.com) and also tweets about gaming in ELT(@eltsandbox) as well as running a Facebook page on the subject (facebook.com/eltsandbox1). He also runs a ‘regular’ teaching blog (davedodgson.com).