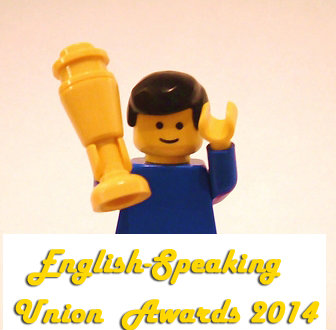 A royalty-encrusted version of the ELTons, the English-Speaking Union has announced the 2014 shortlist for its President Award and English Language Book Award. Overall winners in both categories will be announced in December.

The President’s Award celebrates successful use of technology to enhance English teaching and learning worldwide. It recognises innovation and good design in the use of technology, for the teaching, learning and advancement of English as a first, second, or foreign language.

ELTjam’s money is on Kieran.

It’s not all new technology; HRH Duke of Edinburgh still has time for books. Titles are nominated in the English Language Book category for originality, practicality and presentation.

Collins, Helbling and Cengage have one title each:

ELTjam’s money is on Phillip for the win.

We’ll see how good we are at predicting this kind of thing come December.