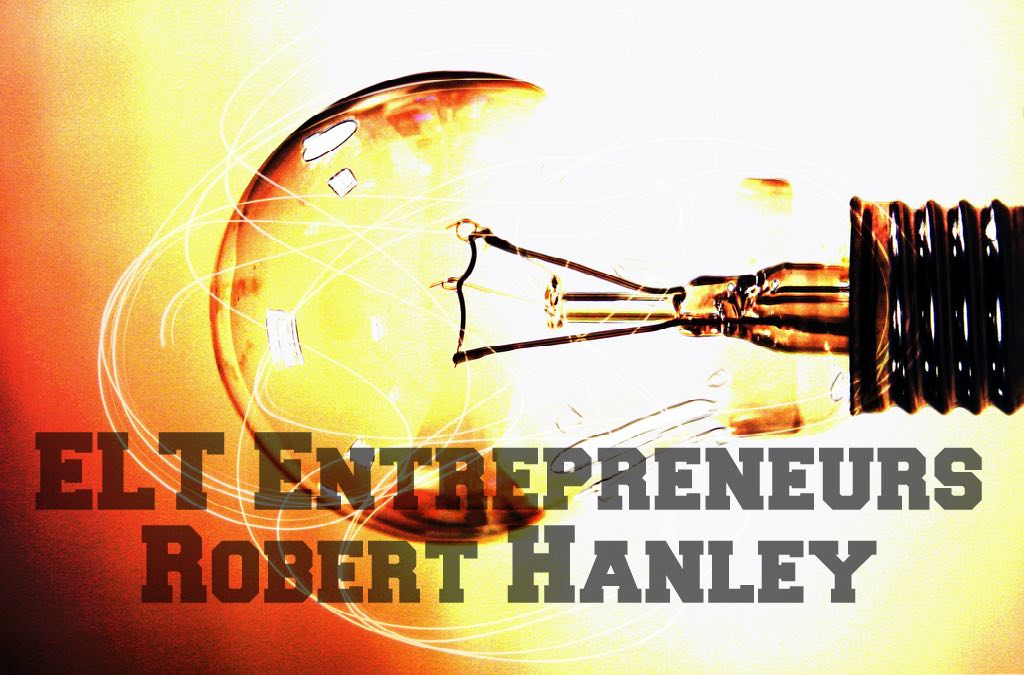 In the latest in our series spotlighting entrepreneurs from within the ELT community, we talk to Robert Hanley about English Bubble and his journey from teacher to businessman.

What can you tell us about English Bubble?

We believe that language learning works best when the learner is excited by the process. This is why we developed a method of language learning based on the dynamics that make games so popular. Imagine if the energy dedicated to playing Angry Birds was used productively! We aim to replicate the most engaging elements of games and to create vocabulary learning products that are both effective and fun for all types of language learner, starting with Word Bucket and Category Conquest.

What gave you the idea?

A few years ago, I was teaching English on intensive university courses in Spain alongside Danny Smits (English Bubble co-founder), while also learning Spanish. We found that our language learning experience ‒ where dull, didactic content had to be digested with no personalisation or energy ‒ had been the same for our students there, so we set about trying to create something different, which started with teaching through games.

We got a very positive reaction and realised there was potential to commercialise the concept. Our most enthusiastic student was Antonio, who became our CTO and developed the digital games resulting from this collaboration. Being language learners ourselves is key in the product building: Word Bucket for example, is a response to finding a crumpled beermat in a jeans pocket with a couple of ‘learn later’ words scribbled down and long forgotten.

Do you think of yourself as an entrepreneur?

That wasn’t my plan. First and foremost I’m a teacher. My passion is for both teaching and learning languages and that’s what I wanted to do. I realised at some point that if I was serious about energising the way languages are taught, I had to set something up. Despite resolving not to become a ‘businessman’ I have had to address the practical side of business development as well ‒ the idealist notions of just creating a great product were squeezed out quite early. So in terms of being an entrepreneur ‒ the answer is probably an unintentional ‘yes’.

Were there times during the process when you completely changed the original idea, or ‘pivoted’?

Yes. We started by following a mobile-only approach, aiming to bring our products as apps to casual learners on a large scale, akin to Duolingo or Busuu. We’ve realised this year that the market is a difficult one to rely on in a meaningful, monetising way and have come back to where we started and focused on the schools sector. It’s a reassuring pivot to concentrate on an industry we know, but also a costly one in terms of having to bring our products across onto new platforms.

What have you learnt along the way?

Loads of practical skills I didn’t particularly want to learn but had to ‒ book-keeping, digital marketing, metrics analysis, market research, business pitching and finance management. In broader terms, I’ve realised what people are talking about when they say setting up a business is a struggle ‒ you really have to experience it to appreciate it.

In terms of our product, we’ve learned the mechanics and timelines of digital production and how to bring ideas to a screen, while realising from looking at what’s out there in more depth, that our ideas are, indeed, innovative. It’s startling to see the untapped potential for games-based learning in languages.

Did you have to raise money for the venture?

Yes and that has been the biggest and most time-consuming struggle. We erred in pitching to highly competitive accelerators and investment agencies at too early a point in our development and lost time as a result. We were lucky receive   grant funding and enterprise investment from the Irish government, but have found trying to secure private seed capital investment a lengthy process which demands often quite unrealistic levels of ‘de-risking’.

Our main aim now is to get Word Bucket into the hands of learners wherever they may be ‒ whether in classrooms, online, or on professional courses – while continuing to license versions of our products to educational platforms. The reaction to that will determine our future and be the spark that makes us grow. Seeing Word Bucket being integrated into classrooms on a large scale and getting that feedback will be the ultimate test.

We’ve had a couple of dark days. Mostly they were things we had invested a lot of time and hope into that fell through – so gradually accumulated layers of skepticism have helped to insulate us against that. Turning a page is vital, I have found – the moment when you say ‘Screw it – I’ll show them’ and work doubly hard.

We entered various mentorship support schemes, with mixed results. The real valuable relationships have come from formal or informal mentors who listen, know the industry, and will give negative feedback but also think about a solution for you and how they can actually help. There are others who provide vague advice and just want to be heard, often on the enterprise side.

We were in a pretty unusual situation, quite possibly foolhardy, in that we were setting up a digital company without a technical focus to the team, which was remedied by Antonio becoming part of the team early on. Danny’s strengths lie in sales and project management, whereas I think like a teacher. Neither of us code, so we have needed help from more technical people and have found some gems in that process ‒ in bootstrapping mode you really identify the people with passion.

What would you advise someone thinking of starting their own ELT project?

Get under umbrella groups, like the British Council, IATEFL, ELTjam, EFL teacher groups, the Elton awards etc. Keep working as a teacher or writer ‒ the day job ‒ until you have funding, as it will not only keep bread in your bread bin but will keep your mind and ideas sharp and developing. The idea has to be tested with students as, even if they’re not the customers, they’re still the ones whose needs you are focusing on. Validate from the very beginning as it’s quite hard to get people to believe that your idea is as good as you know it is, without objective proof.

Robert is looking to speak to teachers of all shapes and sizes at the moment: If you’re interested in giving feedback on English Bubble’s vocabulary games, and the promise of (*non-legally-enforceable) freebies, get in touch with him at rob at englishbubble dot com or on LinkedIn.

Robert Hanley is co-founder and resident language nerd at English Bubble ‒ an innovative startup that focuses on game-based vocabulary acquisition. They’ve released their first mobile apps, with Word Bucket, a tool to search, save and learn new words, being used in over 140 countries, and the company have just been named in the Bett Show’s ‘Futures’ cohort as one of the ‘world’s most exciting edtech startups’.

Read about other ELT entrepreneurs: Marcos Benevides and Paul Emmerson.