We’ve been watching Marcos Benevides and his team at Atama-ii Books for over a year as their series of choose-your-own-adventure style Graded Readers went from an idea to a crowdfunding success to actual out-now-and-buyable books. This  is the first in what we hope to be a series of posts looking at what happens behind the scenes to ELT Entrepreneurs during their journey.

So, tell us a bit about what you’ve been working on.

Atama-ii Books publishes a series of multiple-path graded readers. These are easy-English adventures written in the second person, in which the reader is the hero and makes decisions at several points along the narrative. Each story path leads to one of eight possible endings, which makes each book re-readable many times. 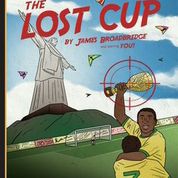 This offers some interesting advantages for ELT. First of all, the game-like format is engaging to many otherwise reluctant readers. Cognitively, there’s a certain simplicity to this sort of narrative which makes it easy for learners to follow the story. The process of re-reading also allows for naturally recycled language and increased comprehension, which leads to greater fluency, reading speed and confidence. In addition, the format provides for built-in comprehension checks and discussion points, and also implicitly activates reading strategies such as predicting and summarising.

Do you see yourself as an entrepreneur?

Well, first I should note that I never set out to be an entrepreneur. Or, for that matter, an author. I’ve always seen myself as a practicing teacher, writing and editing materials for my own students. I haven’t ever, for example, written to a publisher’s brief, which is probably unusual amongst ELT authors. In turn, my role as a publisher now stems more from my desire to have a greater say over all the aspects of production, rather than from any real business instinct. I guess you could say I’m more of a control freak who just wants to put his books out a certain way, than a business person with a solid plan!

What gave you the idea?

After having written or edited several books with different publishers, I got to the point where I looked around and said to myself, “You know what, I can do most of that.” The technology is there for self-publishing; I know the industry; I’m well-versed in the reading research; I have the skill set to do layout, editing, production planning, etc. So, rather than any single eureka moment, it’s been more of an organic growth. I got to a point where it just made sense to try doing my next project completely on my own, rather than to seek a publisher for it. 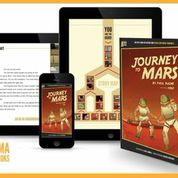 The concept of multi-path stories itself isn’t new. However, I often felt that publishers hadn’t taken full advantage of the format for ELT, and that it could be done better. To give one example, each of our story threads is exactly the same length from start to finish. It’s eight text pages of 100-110 words each. It’s a small thing, but this allows for timed readings, or for students in groups to read and to reach decision points at roughly the same pace. It’s a nice feature for classroom management, and can’t be done with any other series that I know of.

Another gap I noticed as a teacher is that a lot of graded readers just aren’t that much fun to read as stories, that—language level aside—they often lack a certain level of depth. There are exceptions, of course, but all too often graded readers are scrubbed so clean of any controversial subject matter that I’m almost embarrassed to share them with my university students. So for my series, I decided that we would ignore all of that PARSNIP nonsense and simply emphasise quality storytelling above all. We’re not going out of our way to be controversial, by any means, but if a story demands an illustration of a bottle of alcohol, or refers to religion, then by god it will! 😉

During the process were there times when you completely changed the original idea, i.e. “pivoted”?

Yes. The most obvious is that I have changed our primary focus from ebook to print, at least for the near future. We’re still going to continue releasing the titles as ebooks, but for the time being it seems that the money to keep us going will need to come from print.

While ebooks are great for individuals, there are still too many barriers to entry into the classroom or the school library. Some schools are experimenting with iPads and whatnot, but—at least here in Japan—things are still too fragmented to be worth the effort. Personally, as a teacher, I’ve found it to be a nightmare to try to get a class of students to download and manage an app, to set up an account, to keep track of their logins and passwords, to access books once they’re bought. And then to deal with all the device issues: “Teacher, I forgot my iPad;” “Teacher, my battery is dead;” “Teacher I can’t connect to the internet.” Despite the wishful thinking, the market is still overwhelmingly demanding paper books, at least for graded readers.

It doesn’t mean we’ve given up on digital. In fact, we’re started experimenting with, of all things, YouTube as a reading platform. For now that’s still more of a promotional tool—a way to get teachers to try out the books in class without needing to ship out hundreds of inspection copies—but if traffic were to pick up and ad revenue start to become reasonable, then it’s another direction we could move into in the future.

At this point we’re just over a year in, so it’s very early to tell how successful it will be. The first five titles are out in print, and our big print launch is at the JALT International Conference in November. My hope is that we’ll get enough revenue to keep going, and then put out another six to ten titles next year. I think we’re set until the end of 2016, but after that, we’ll have to see. I’m keeping my day job, as they say.

Is there anything you would do differently if you could go back in time?

If I were to start on a similar project again, I think I would probably skip the Kickstarter campaign we did to get us started which raised over US$ 13,000. Crowdfunding is a great to way to find out if your idea has potential, but there are easier ways of raising money, if that’s all you need.

I would also be more realistic about my original production schedule. The initial plan was a bit optimistic—I had envisioned completing ten titles by the end of the first year, and I’m only halfway there.

What would you advise someone thinking of their own ELT project?

Know your limitations. There were a few things that I couldn’t do myself at a professional enough level, with web design and book illustrations being the big ones. But in a way, those things are easy—you hire a professional, and everything hopefully turns out well. The problem that I think people often have starting a business is with the grey areas, where they perhaps do have some expertise, but not enough. So they cut corners by doing it themselves, or they ask their uncle Frank to help out. But why risk having the company not look its best, just to save on a few hundred bucks?

The same principle applies to the more “business-y” aspects of a project. Perhaps it’s even more important there. For example, marketing. In many ways marketing is like teaching—everyone thinks they could do a decent job of it if only they had to.

Thanks, Marcos – an inspiring start to the series!

Get in touch if you have an ELT Entrepreneur story to share via blogeditor   at  eltjam  dot   com
Featured Photo Credit: JimmyMac210 – just returned home from hospital via Compfight cc. Text added by ELTjam.