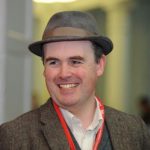 Our ELT Entrepreneurs so far have been teachers-turned-start-ups so this week we’re looking at an entrepreneur with a different ELT background. John Pettigrew has moved on from working for ELT publishers to applying his expertise to his own company, Futureproofs, a web-based platform that helps teams of authors, editors and designers to make sure that the books they work on are correct before they’re published.

Tell us a bit about Futureproofs

Futureproofs is targeted specifically at the proofing stage of the workflow, as the edited text is brought together with the design and artwork to create what the student will actually see.

With the publishing marketplace changing so rapidly at the moment, it’s easy for the emphasis to slip from creating good educational content to creating shiny digital toys. But the print textbook has a valuable place in the learning experience for a great many people. (And, of course, there will be a need for tools to help ensure the quality of those digital products as well, and we intend to be part of that picture, too.)

What pain point were you responding to? 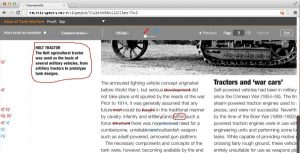 I’ve been working in educational and academic publishing for nearly 20 years, but the way book proofs are dealt with hasn’t really changed. In many cases, they’re still printed out several times on large sheets of paper, posted around the country (or the world) and written on with red pen by authors, editors and proofreaders. This wastes time and money, and also has a significant environmental impact. So people try to work on screen, only to find that the software isn’t really designed for the job and so is awkward and frustrating. In trying to save time and money, they actually end up spending more of it!

It always annoys me when computers make things harder than doing without! It’s the job of the software designer to make our lives easier, and the problem here was that no one had ever really tried to solve the problem of handling page proofs.

Do you think of yourself as an entrepreneur?

Not really. I guess that I am one, by definition, because I have founded and run a business that’s intended to become commercially successful. But I don’t define myself that way. Rather, I’d say that I’m an inveterate problem-solver and a passionate person. When I find a problem that matters to me, I tend to throw myself into it and keep pushing until I have a solution that works.

With a problem like the one Futureproofs is intended to solve, you need to combine both a technological solution with a means to get it to the people who need it. That means having both the right software and a business that can support it, communicate it and keep it growing. And that in turn means that the real solution to this class of problem is a successful business. Which meant that, to solve it, I needed to become an entrepreneur!

There are some useful resources to consult: The Lean Startup by Eric Ries is a modern classic, well complemented by Ash Maurya’s Running Lean. Noam Wasserman’s The Founder’s Dilemmas was also very helpful in pointing out and planning for the many problems that face anyone setting up a business.

Even though I didn’t have mentors as such, I did build a group of advisors very early, long before we had a formal Board of Directors. They are a small group with a range of experiences (from practical product creation to fundraising) who meet every couple of months to reflect on our progress and discuss our current challenges.

People are surprisingly willing to help if you just ask. Sometimes, you just need someone to sympathise with the pressures of trying to create something from nothing!

Absolutely! The first thing I looked for was the technical ability to build the product I was imagining. I knew enough about the technology to know what was possible but needed some crack developers on the team to get it done! We’re on the point of growing the team again at the moment and this time it’s experience of sales and customer support that we’re looking for.

We’ve been fortunate in not having many major disasters so far, but there is one creeping horror we’ve faced: “everything always takes longer.”

We originally hoped to launch Futureproofs six months after starting development but, in the event, we only had a partially functional beta by that time. (Of course, we actually knew that this would be the case well in advance. Never lie to yourself!)

We still launched, but as a private beta test with a few selected users. Feedback from people outside your team is invaluable when you’re building a new product. It can be scary to show your stuff to other people but it’s necessary. When we eventually launched publicly, nearly a year after starting development, we were much more confident in what we had built because of that feedback.

Were there times during the process when you completely changed the original idea, or ‘pivoted’?

No, not really. This is down to two things, I think.

First, we started the business based on a user problem that I knew very well already, not a piece of technology. I also spent most of 2013 doing customer research before setting up the business itself. This was crucial in becoming confident that the problem was shared by a significant number of people who might pay for a solution.

Second, we made sure that we kept talking to potential customers. One of the big reasons that start-ups pivot is that they haven’t found a market – which just means ‘people who will pay for the product’. By starting these conversations early, we’ve found it relatively easy to validate the product and the commercial model.

We’re not there yet, of course. It’s early days – Futureproofs only launched four months ago – but things are looking very good.

What have you learnt along the way?

First and foremost, the importance of listening. No matter how good your idea is, it needs testing against the reality of other people’s opinions. If you can’t find anyone else who understands what you’re trying to do or cares about it, then it might not be the foundation for a viable business.

More than that, though, other people can help your idea become even better than it was. There are several important areas of Futureproofs that started life as optional add-ons but, as we listened, they became central to the value we offer.

Also, living your passion is exhilarating but takes a lot out of you, so you need something else in your life that can help put it back again. That might be family, friends, hobbies, whatever. Don’t let go of those things in the pressure of entrepreneurship!

Did you have to raise money for the venture?

No, we’ve got to where we are by bootstrapping. That said, I do have other shareholders, who earned their equity in the business by their ‘sweat’ (to use the unattractive but common term).

However, having delivered our initial product, we are now raising a seed round to support us through the next phase, as we look to grow the business.

The main thing is that we do, in fact, make editors’ and authors’ lives easier as they use Futureproofs. That’s been the reason for building the business in the first place, and it remains important now.

What would you advise someone thinking of starting their own ELT project?

Be absolutely clear about the customer problem you’re trying to address. What is it?  How big is it? How many people have it?

Spend time on research before you start building anything – get out of the building to talk to real people.

Test everything, at every stage, to make sure that you’re on the right track.

Finally, follow your passion. If you believe in what you are doing, the rewards are immense!

John Pettigrew is a hat-wearer and recovering editor, having worked in educational and academic publishing since the mid-1990s. He’s seen many changes in that time, but not quite enough. So, in 2013, he set out to make editors’ lives better by creating Futureproofs. This platform is now live and being used by publishers from the US, UK, Europe and beyond. John is on Twitter and LinkedIn.