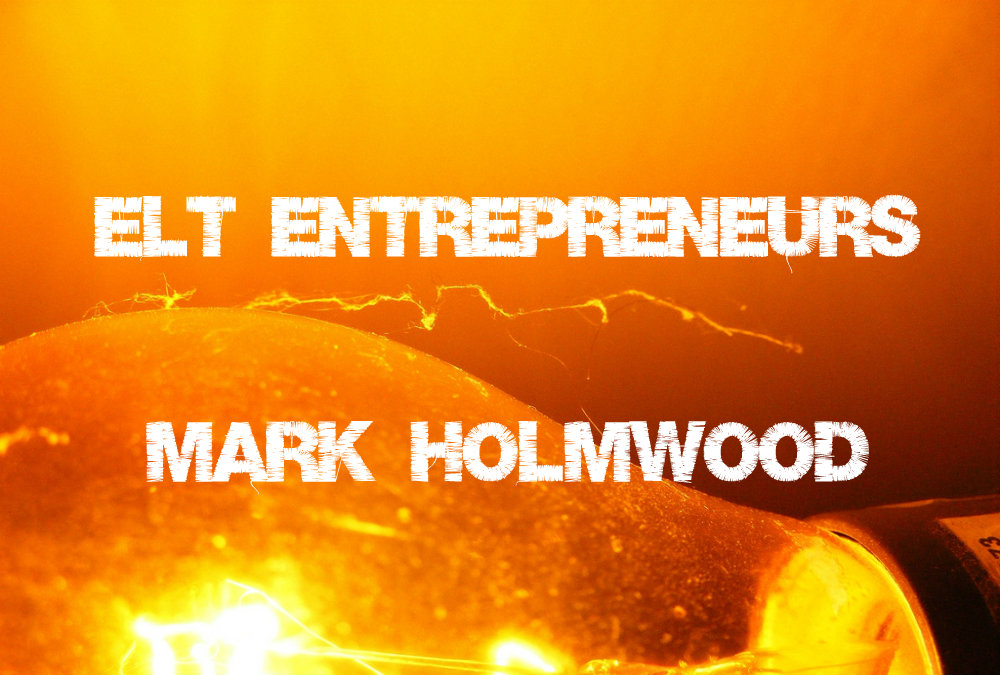 ELT Entrepreneur Mark Holmwood of Holmwood Online got in touch with us to tell us about his transition from the classroom to the cutting room, making videos for his online publishing site which produces courses for schools and individuals in English and Chinese.

Tell is a bit about your business.

From the start, Holmwood’s was set up to create a course with videos for students learning English as a foreign language. The first videos were all shot in the UK and mainland Europe. However, after taking the step to produce a complete online course rather than just training materials, the decision was taken to focus on American English, but also to include as many varieties of English as possible.

Did you have to raise money for the venture? If so, how?

I started the business while I was still working as a full time teacher. It meant working long hours but I had the security of a ‘real’ job. I invested my own savings and we lived very cheaply. More recently I have borrowed money from friends and family to allow us to develop more quickly. This is much easier than getting money from banks and also much cheaper. As long as you pay the money back as promised you are doing your friends and family a favour as you can pay them far more interest than they would get from a savings account.

I never had a real mentor, but I look at Richard Branson. He always believed in what he was doing and wasn’t afraid to do something that seemed impossible. I was also told that we couldn’t possibly create a complete English course, but we did, and ours is probably one of the most effective courses for school children in the world.

Money. Creating good materials costs a lot of money. I took several short term teaching contracts so that I could invest that money into the business. For the first five years my salary was around two euros per hour.

I like to work in a team and the first couple of years were very difficult as I did most things alone. However, from the beginning, I worked together with a web developer who is now a partner in the company. He was an essential factor in starting the company. Without a developer it would have been impossible for us to create our courses as we want them. We would have had to rely on generic platforms which are far less effective.
Later on, Hans joined our team. His background is sales and marketing and he also supplies the commercial knowledge that the company was lacking. All the other skills we hire in as and when they are needed. You need a lot of different people to do what we do.

We are now entering a rather exciting period. Recently we have entered into partnerships with large distributors of school materials who will sell our courses for us. This will give us access to thousands of schools in the Netherlands. We are also busy with partners in Latin America and Turkey where there is also a big demand for quality English courses. The extra income will be spent further improving and developing courses.

What would you advise someone thinking of their own ELT project?

Be very realistic. It is not easy. Don’t expect to make any money for a long time. If you still want to continue then it is important to really believe in what you are doing. You must believe that the things you create will help students to learn English; if you have any doubts then don’t bother. If you are not sure about it, then others certainly won’t be.

Here’s an idea of what goes into a Holmwood video — in America.

Holmwood’s is owned and managed by Mark Holmwood, Corné Meerkerk (IT) and Hans de Korte (Sales & Marketing). Together with an international team they produce courses and materials for learning English as a foreign language.