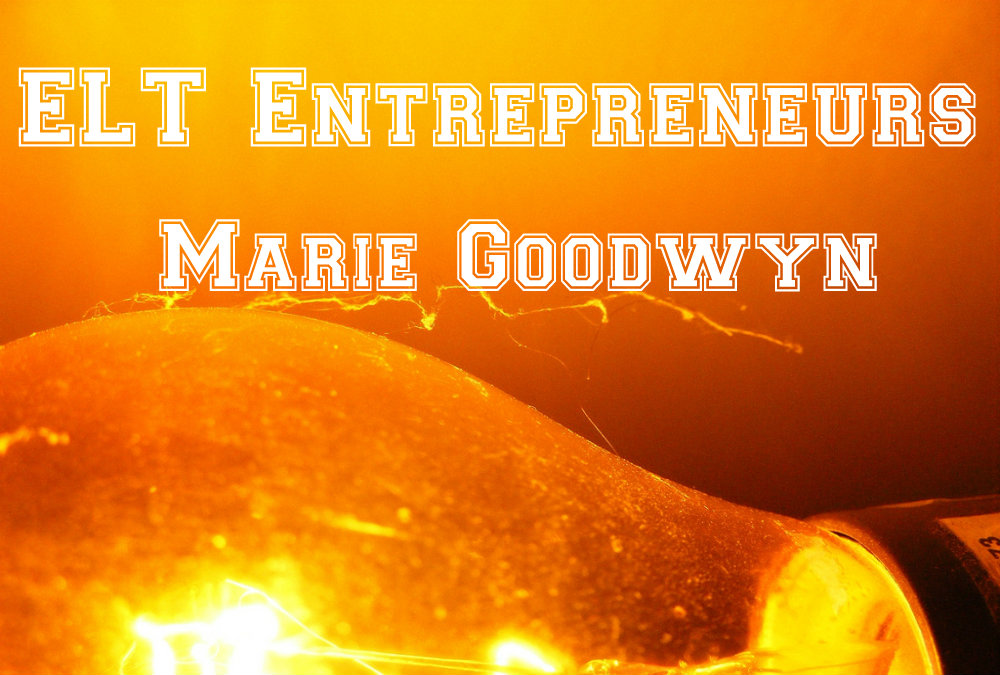 We’ve been featuring ELT Entrepreneurs and EdTech start-ups for a few months now and we have tended to focus on those who are quite far down the line in terms of their business and product. But what do they look like at the beginning of the journey? Last May, ELTjam co-organised an EdTech Start Up Weekend with the Judge Business School. At the time we commented on how few educators there were in the room and it was no surprise that it took educational insight more than tech to come up with the idea that won: Bright Stream.

Since her win, Marie Goodwyn has successfully gone through the first round of the Cambridge University Judge Business School Accelerator programme with her idea Read It, now called the Bright Stream Reader, and is at the beginning of the second phase of the programme.

Marie is a Primary school teacher with a 20-year background in EFL, GCSE and A-level English, Drama and Media Studies and a passion for art, both in its pure form and as a therapeutic process. She was probably one of the most experienced teachers in the room on the Start Up Weekend, and yet she only ended up there by chance, she says.

‘I’ve always been somewhat geek-like as far as technology is concerned; often supporting others at school with Information Computing Technology (ICT), acting as ICT coordinator and experimenting with it in my teaching practice. I also had an interest in entrepreneurship, having, in a small way, begun to explore the possibilities of creating a business combining my expertise in Education and Art.

‘So, when the newsletter from ‘Innovate Education’ dropped into my inbox, it immediately piqued my interest (as a learnaholic). I was curious and became interested in finding out more about technology for education, and looked forward to the experience of working in a team, in possibly the most effective format possible: learning by doing! As a teacher, it also meant that I could probably learn something that would be useful in the classroom later.’

Among the other sixty participants, mainly MBA students, developers and super confident Start Up Weekend regulars, it would have been easy to be intimidated.

‘I arrived at the Cambridge Hotel for the reception feeling a bit nervous – there was a real mix of people there including a guy who had come all the way from Italy to be there. I was asked a few times if I was going to pitch, but said – in total honesty, “No”.’

Even after the ice-breaker activities, Marie stuck to her earlier decision to just listen during the ‘Pitch Fire’ activity – a 60-second opportunity to throw your business idea into the room and hope people would vote for it to be one of the projects that would get worked on during the weekend. However, a young woman she had chatted to earlier presented an idea Marie had come up with and triggered something.

‘She did me a huge favour as it made me realise that if the idea I had shared with her was pitch worthy – perhaps another idea I had rattling around in my head could work too! And it did. My concept won Pitch Fire (to my astonishment).’

The concept hasn’t changed that much since it won the Accelerator weekend, which Marie puts down to the fact that the concept of the Bright Stream Reader itself, at its core, is incredibly simple.

‘It came from observing the struggle that several of the children in my Year 3/4 class were experiencing. They had taken phonics (a strategy for sounding out letters and groups of letters and then blending them to read a whole word) on board but were struggling with automaticity – the ability to read fluently so that you can focus on the meaning of what you are reading. What we’re developing is a multi-platform e-reader style application that works like stabilisers on a bike and supports readers in becoming fluent. We also check for comprehension and gather a wide range of data so that parents and teachers can track children’s progress.

‘The only thing that’s really changed since the Start-Up Weekend is the number of different categories of people that it could help. Whenever I get into a conversation with anyone about Bright Stream their first response is to tell me about their own experiences, or those of someone they know, and how our ‘reader’ could help them. Or, they tell us of another potential user group that the Bright Stream Reader could help, like EAL and EFL students as well as adults with literacy problems.’

Together with Ian Sandham, the co-founder of Bright Stream who was on her winning team, Marie found that the business experts and coaches on the Start Up Weekend were very positive about their idea and they left with business cards from publishers who wanted to hear from them. That might well have been it but Bright Stream was accepted onto the Accelerator programme which started with what Marie calls ‘an MBA in a weekend’.

‘Given the pretty bad image that The Apprentice and Dragons’ Den have given to entrepreneurs it seems a bit like a ‘dog eat dog’ world… but nothing could be further from the truth. I have experienced nothing but support and encouragement from my fellow ‘Acceleratees’ – we have become a bit of a family. And the mentors, too, are very generous with their time and advice. You could do this on your own – I know people who do, but it makes a really tough journey easier if you have a team to work with and having mentors to support, advise and push you on makes all the difference.’

The biggest difference of all has to be the transition in such a short amount of time from idea to viable product with interest from potential customers. The Bright Stream Reader is at prototype stage and has a Headteacher at a local school keen to trial it. They’re looking for more schools to help them in the trialling process, so anyone who is interested should get in touch via the Bright Stream website. Not only does involvement at this stage mean shaping the development of the product but it will lead to preferential rates when the Reader is released.

All that remains is to form partnerships with publishers, so that the children who are being helped to read fluently are already familiar with their authors and book series by the time they are ready to fly.

And the ‘flying’ stage is the reason behind the entire project… ‘Illiteracy leads to horrifying statistics such as 70% of children being excluded from school. Nearly 50% of the prison population cannot read well. It leads to vastly reduced life chances and, perhaps equally importantly, denies people the joy of disappearing into a really good book. And the more people I can help do that, the better.’

We hope to catch up with Marie at a later stage in the Bright Stream project and we wish her the best of luck!

If you’d like to be featured in the ELT Entrepreneur series, drop us a line at blog editor at eltjam dot com.