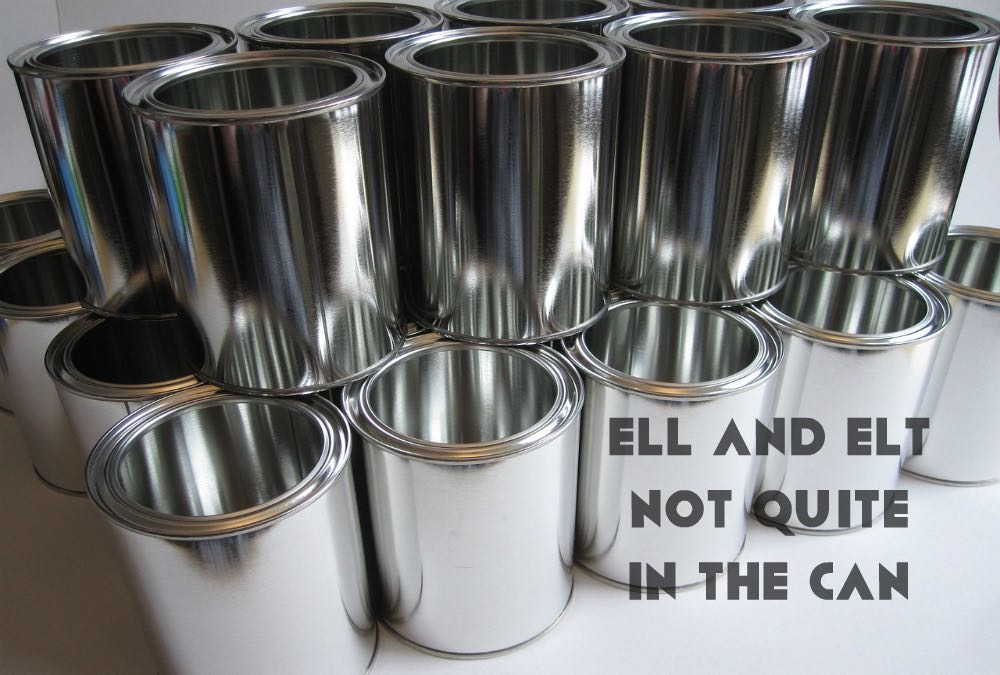 ELL and ELT not quite in the Can

What good could come from mapping English language learning experiences? Sean Sutton revisits and updates his post on TinCan API.

Not long ago – which, effectively, according to Moore’s law, would be decades ago in terms of a technology timeline – I wrote an article for ELTjam on the TinCan API and its potential to assemble and combine formal and informal learning results into ‘activity streams’ in order to create rich learning profiles for English language learners. I’ve been invited to update you on what has evolved around this since then. My audience here is going to be researchers, instructional designers and anyone involved in EdTech product management for ELT, but I hope practitioners and teachers will find it of interest too since the topic is about mechanisms to transcribe actual learning experiences into technological ecosystems – in other words, a big part of the future of ELT.

First, ‘TinCan’ has undergone something of a name shift. It’s now more commonly known as the ‘Experience API’ or ‘xAPI’ for short. The shift is significant. ‘TinCan’ was the pet name coined for it by the developers working on a set of protocols for learning and training platforms that were aimed at helping overcome some of the shortcomings of SCORM. Once the technology started to make its way into the hands of tech-savvy educators and instructional designers, however, it began to be relabeled as the ‘xAPI’ because that’s actually a much better way of describing what it does (capturing learning experiences) rather than describing how it works (think of two tin cans joined by a piece of string to make a simple telephone).

The liberation of messy learning within performance tracking

This renaming signals something of revolution. Instructional designers were beginning to be liberated from the course/result/participation formulas that the SCORM format imposes on them and were instead freed to think in terms of ‘learning experience’ as something that embraces a whole range of activities, interactions, and engagement, as well as the ones more familiar to – dare we say it – traditional online learning tools such as online courses, learning management systems and the like.

For a learning domain such as language learning, which I am sure I am not alone in defining as a ‘messy’ learning experience (as opposed to an ‘orderly’ one like a S.T.E.M. subject), you would think there would be a lot of interest in a technology which could record and correlate both formal and informal learning experiences: test results against mobile study habits, class participation against fluency assessments, vocabulary levels against reading habits, etc. But no. There has been barely any interest. And that’s a great shame. There’s a lot of valuable data out there on learner behavior that never gets captured in a way that large comparisons can be made across populations. This kind of data can now be captured and would yield valuable insights into language acquisition and teaching effectiveness. There is a means. But is there a will?

‘Please allow me to introduce myself’ — the LRS

TinCan, sorry, xAPI, enables a new kind of data collecting tool that doesn’t replace the rich functionality of an LMS, but rather extends and complements the capabilities of an LMS, and in some respects surpasses them. I mentioned in my original article the types of actions TinCan can gather into activity streams: Sean wrote an article, Brendan replied to Tim’s comment, Nick opened his ELL vocab app and used it for 10 minutes, Nicola scored 95% on her final test. I compared it to a Facebook newsfeed for learners. This record of actions now has its own more-or-less bona fide acronym (a sure marker of technological maturity). Allow me to formally introduce the Learner Record Store (if you haven’t already met it), or an ‘LRS’ to its friends. It’s essentially a promiscuous database that is able to pull actions from an LMS, even several LMS, mobile phone apps, social media and more via the TinCan API to store records about user interactions.

The leading light for projects working with the xAPI and LRS is a body called Advanced Distributed Learning, an adjunct to the U.S. Department of Defense. Their website has an extensive library of documents, webinars and presentation slides, although often quite technical in nature, relating to the application of the xAPI to learning environments.

Corporate training has also been quick to capitalize (literally and metaphorically) on the potential of an LRS to deliver more detailed and rich data on corporate training program outcomes. Take, for example, the Watershed LRS built on the xAPI (it was developed by the same company that formulated TinCan). Its data gathering capabilities promise, for example, the correlation sales performance with training, manager engagement and a whole range of variables that would normally be excluded from consideration because of the way training program results have been constrained by technological formats. The Watershed marketing blurb says: ‘Stop asking “did they complete it?” and start asking “was it effective?”‘ This pithily reflects the more general shift in mindset that other training sectors are undergoing with regards to EdTech and analytics as a result of their engagement with the xAPI.

A tool for insights as well as results

xAPI is platform-and-device agnostic and ready to record just about anything a learner does. It can even make a record of what happens in the classroom (if someone manually captures it). I think the world of ELT should be more excited about its potential than it currently is, not only for learning products but also as a research tool. An ELT-focused LRS would be an extremely powerful tool for analyzing rich datasets on how the best students become successful and why weak students fail. It would provide data that could be compared across vast populations. An ELL-focused LRS would help us define and study what a holistic ELL learning experience is and assist us in understanding how it can effectively be augmented with online learning, blended learning, mLearning and self-study strategies.

Sean Sutton is a digital publishing specialist with a background in English language education, based in Singapore. His focus is on bringing together innovations in education with innovative learning technology.