This is the first in a series presenting practices of EdTech around the world. We’re kicking off with a post from Caroline Haurie about the situation in the school system in France, where EdTech is called TICE (technologies de l’information et de la communication à l’école). What’s happening inside French classrooms and what can we learn form another country’s practice?

French pedagogy: a peek into a French classroom

Let’s start by having a look into a French classroom to observe how pupils learn and where technology fits in the learning process. To do this I asked Alice, a French teacher of the Spanish language (L2) in a secondary school, to describe a typical lesson.

The class starts with a reminder of the previous session, with students being interrogated orally on what they had to study for the day. Then the teacher corrects homework (‘devoir-maison’), and the class then starts. Classes are organised in sequences of two to three pieces of content (‘documents’) linked around the same theme (which is part of the nationally set-up programme). Each sequence focuses on one key skill: oral expression, written expression, oral comprehension and written comprehension. A class is two hours long and is dedicated to studying those documents. They can be texts, images, audio and video. At the end of each sequence, there is an evaluation.

The format of teaching is ‘task-based’ – the student is put into a situation that he/she would encounter in the real world: booking a hotel, running errands, doing a presentation. Asked about the potential and limitations of this method of learning, our teacher Alice says that even if this approach is more motivating and entertaining for students, it comes with a few problems. First, the class is run as if students were in immersion in a foreign country, with everyone strictly speaking the target language for those two hours and simulating real-life situations. The student is expected to learn the language on-the-go. She says that “If this immersion method may work when you spend 3 months in a foreign country, when you have 25 people in a class for only 2 hours a week, it is not as efficient”.

The problems with the immersion approach

This immersion method has resulted in another big gap in language teaching – grammar. Grammar is not taught per se, and teachers only go over a grammatical point when it is encountered in a document. From a teacher’s point of view, grammar can be dull, but it is also key in understanding a language as a logical structure made up of rules that students can use again later. Finally, the immersion method is fundamentally utilitarian, with classes aimed at giving an usable level of English as opposed to studying texts from a critical and aesthetic point of view (poetry for example). Texts are treated only as technicalities, nothing more than a medium of transmission of the key skills. The main concern here, according to Alice, is that for some of the students that may not go further in education this is the last chance to open their minds aesthetically and intellectually before they move into employment.

The French approach to learning languages at school has clear limits. Lack of time, too many students, absence of grammar, focus on one skill, utilitarianism of the documents – those challenges are key problems where the smart use of technology at school could support teaching and learning greatly.

Our teacher Alice gives us an overview of what type of equipment is found nowadays in French high schools. Each classroom comes with a video projector and sound system. There is one computer with internet access and sometimes an interactive whiteboard (TNI in French) which is useful for collective and interactive learning. Other equipment in schools includes language labs – separate rooms with individual computers where students work individually on in-depth listening and speaking exercises. However, those technologies are not reliable enough: “The more advanced the technology, the more complicated it is and the more risk there is it might not work”, says Alice.

Two experimental projects have been tried out in some French schools. The first is ‘Open Digital Education’ (ODE) which is an interactive digital pedagogical platform (Environnment Numérique de Travail, or ENT in French) accessible to teachers, students and parents. ODE started as a local project and is now being used by 450,000 students in France. So, what makes it so successful? First, the layout is simple and attractive which is an recent development with a lot of ENT looking very basic. ODE is designed as three separate but connected environments: one for primary schools, one for secondary schools and a space devoted to cultural and artistic projects. The simple layout gives classes and individual access to profiles with a curriculum, and school work uploaded by students. You can contact students and even email parents from the platform. The third environment is designed to connect students with artists and professionals such as journalists, painters or writers around a project they will work on together. In this way, students are tracked throughout their education with a consistent profile and record.

The other innovative project is the ‘Ecole M’ (school M) developed by the EdTech startup The School Project. It is a bilingual and highly personalised primary school which opens its doors in Paris in September 2017. The emphasis is about giving the teachers the technological means to closely track the profiles of their students, not just academically but also socially and emotionally. The goal is to individualise their support to the maximum and prepare educational content that fits each and every one. There will also be two teachers, in English and in French, in each class to make the learning experience entirely bilingual.

Other technologies are not yet implemented but have great potential for schools. France is leading the way with two interesting projects. Intelliquizz is a 2D and 3D quizz that looks like a video game but is actually an adaptive educational quiz. The software learns the child’s interests and the types of mistakes they make, and then adapts its content continually through web searches. There is no end to the quiz.

Finally, France is the leader in real-time 3D animation adapted to schools. Animakit offers software that enables you to create a cartoon character on screen, and direct its speech and movement. You could have the character teach a class, for example, or you can become part of the cartoon using a system of motion sensors, with the camera recording your background and inserting the character into it. The character follows your movements and speech. This technology has clear potential for creative projects such as drama; but can also add fun and focus to a regular class.

Despite all of these innovations in the field of EdTech in France, inside classrooms TICE is still quite basic. Why are those innovations not being implemented inside French schools?

The role of the Ministry

In France, the development and financing of TICE is entirely organised by the Ministry of Higher Education and Research. The ‘French digital plan for education’ was launched in 2012 and is the government’s €1bn strategy for implementing digital tools in schools. It is a research-based program which aims to gradually introduce ‘’individual mobile digital devices’’ and digital resources into primary and middle schools.

The E-Fran Program started in 2012 as a scientific research project to provide an academic underpinning to the project, with researchers looking for new practices and assessing their impact in pilot schools. In practical terms, this has meant pilot projects such as the flipped class, the application of e-learning into virtual classes and mobile technology such as tablets.

In the flipped class (‘classe inversée’) the concept is to break the pattern of a teacher-to-students class into a more dynamic and personalised way of learning that helps to keep the attention of the learner alive. It involves some e-learning with the use of a virtual class (the ENT described earlier) to provide access to class documents at home and to prepare for class ahead of time.

Taking the example of a class in modern languages, such as the one described earlier, the teacher could send a video on the class digital platform with a series of questions attached that the student watches at home. The teacher corrects the quiz through the platform before the next class. The teacher already knows who has or hasn’t done their homework and can group the class accordingly. In this way, the class can be focussed on speaking practice. The flipped class is organised in small-group workshops organised by level and profile. The exercises usually involve working with technology and creating a project together such as a soundtrack for the video seen at home or more focused language exercises.

The group format and the preparation ahead of class save a lot of time for these short classes. The student knows what he or she is going to do that day and has already been studying the theme and vocabulary list. The group format also helps with focus and motivation, while allowing the teacher to personalise their support by monitoring and supporting groups which are working on a task, instead of teaching 25 individuals who might not be concentrating on the task as much.

The Digital Plan has strong academic research roots that are reflected in the numerous debates found in the media about the use of technology at school. These debates show the traditional and very strong culture of research behind any subject that has an academic background and potential for implementation in France. This research-based culture does produce smart technologies and well thought-through long-term projects. The digital plan has been extended to a 6-year time-frame.

The limitations of digital implementation in schools

Understanding the institutional context around EdTech in France is key in grasping the opportunities for the implementation of TICE in schools. Even though the new practices explored here offer great opportunities for enhancing the experience of both learner and teacher at school, France hasn’t gone into the digital age readily. Indeed, although research and projects are well-advanced, very little is being implemented in schools yet.

Planning and implementation at national level

This contradiction might be due to the way the French system is organised. The limits to the implementation of innovative programmes like the digital plan are due to a top-down governmental organisation, which is reflected in the capacity of schools to adopt technology. The programme is decided on and planned at a national level, with schools being funded and selected by the state or its local representative (the ‘region’ in France). This means that schools cannot independently decide to implement a technology, and that any contractor willing to sell a digital product to schools will have to present it to technocrats rather than head teachers. Technology at school is highly institutionalised and that means rules and lengthy implementation times.

The detailed observation of a classroom in France gave us a great idea of the possibilities for digital tools and digital learning platforms to improve both teachers’ and students’ experience. France is leading the way in some areas of EdTech such as e-learning platforms, educational games and real-time animation. However it is the lack of systematic implementation within schools that leaves France behind in the race towards the digital age. 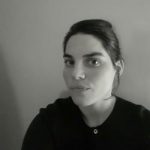 Caroline Haurie is a freelance writer specialising in digital publishing. She is very passionate about finding practice-based research across a broad range of subject areas such as applied linguistics and computer science, where the practice is implemented as digital technology. She is also a fiction writer at work on her first novel Sans visage et sans corps for which she is setting up an innovative digital platform.

6 thoughts on “EdTech (‘TICE’) in the French school system”