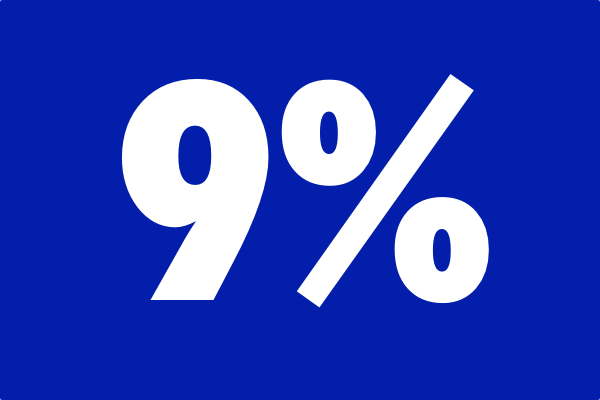 Disruptor or disrupted? How to be among the 9% that survive

A recent scary-sounding post on FutureBook by Suw Charman-Anderson (Will you be in the nine percent of publishers that survive?) about recent research into disruptive innovation and what it means for the publishing industry got me thinking about what it might mean for ELT publishing specifically. A few weeks ago I posted a primer on disruptive innovation in which I made the case for EdTech as a disruptive force in ELT. I thought it might be interesting now to delve into this a bit more and explore what it is that a disruptive ELT publisher might do, and how to avoid being among the ranks of the disrupted.

The background here is that former Harvard Business School professor, Clark Gilbert has carried out research into the newspaper industry as it’s been collapsing under the weight of online disruption. Maybe it’s a leap to think this could equally apply to ELT publishing, but let’s stick with it and see how it works out. Gilbert set out six principles that he sees as essential in order to survive. How does ELT publishing shape up?

1. You must make digital a separate business unit

According to Gilbert’s research, only 9% of companies whose business faces technological disruption survive. And all of the survivors created separate digital businesses. i.e. every company which tried to go digital within the core business failed. Yikes. This is actually one of the fundamental tenets that Clayton Christensen set out in The Innovator’s Dilemma – but Gilbert claims now to have evidence to back it up.

… and in ELT?
Who is creating separate digital business units? Well, there’s Macmillan’s New Ventures and Digital Education divisions; and Pearson’s varied involvement in EdTech startups through its accelerators and its investments in promising looking tech businesses. Whether these are all quite as separate as Gilbert recommends, I’m not sure. Elsewhere, the orthodoxy is ‘evolution not revolution’ – changing slowly from within the core business in order to grow the digital business while protecting the existing print business which is bringing in most of the current revenue. That’s the direct opposite of what Gilbert says is essential for survival, and possibly leaves the digital arena open to EdTech startup companies. Or is ELT different enough to be able to break this ‘rule’? The pace of technological change in education is slower than in consumer markets (such as newspapers) and, in ELT, there are huge differences between countries. Maybe that means there will be time for publishers to evolve – but, if you believe what Gilbert’s saying, it would be a big risk to bank on that.

2. You have to transform the existing business while building the new one

According to Gilbert, setting up a new digital business isn’t enough in itself – you also need to transform the print business to digital (which, to be fair, all of the ELT publishers are doing to varying degrees). I presume this is really about slowing the decline of print to give you time for the digital business to grow enough to replace it. Moving to digital is a challenge, since it’s difficult to work out how to replace one business with another while still keeping the oil tanker moving. For those in the new and separate digital business that Gilbert says is essential for survival, digital is the only game in town – it’s pure opportunity, with no sense that it’s problematic or difficult.

… and in ELT?
Well, there’s a lot going on here. Big reorganisations everywhere you look: new roles being created, people being hired from other industries, process changes, new ways of working with (and paying) authors, new product types. I think a good example of this is the move towards publishers considering themselves as service providers, rather than simply content companies. This includes the provision of custom publications and adapted versions of courses for big customers, and the development of online platforms through which content can be accessed (see my post on LMSs for examples and some interesting discussion on this).

3. As the existing business transforms, it should get smaller and better

This means getting leaner and meaner – cutting costs aggressively, becoming more efficient in how you target existing sales channels and how you develop products.

… and in ELT?
Well, there are certainly signs of ELT publishing businesses getting smaller, with redundancies in a number of publishers. This is part of a wave of cost-cutting and process improvements. By ‘better’, though, we’re not just talking about efficiency. It should also mean better products. There are some interesting things happening to suggest this may be happening, as the vast number of options opened up by technology means the era of the identikit ELT coursebook may be about to come to an end. Publishers are looking at things like adaptive learning, modular content, customisable content, re-working coursebooks for tablets, flexible blended learning courses, integrated learning and assessment – and lots more. With a digital product, the content is only one element. ELT publishing conventions for user interface design, functionality etc have yet to be arrived at fully. In print, everyone knows how to create a coursebook, so they all do similar things in similar ways. So, we need to see more innovation from ELT publishers – products which find new and better ways to solve problems for teachers and to demonstrably improve learning outcomes for students.

4. The new digital business must be created in parallel, and should target new markets

This means not factoring in the existing business at all. Which shouldn’t be a problem if you do as Gilbert argues you must, and have the digital business in a different location, with different staff, different management structures, different profit and loss, different content development processes.

… and in ELT?
This could mean focussing on B2C (as Pearson have said they’re going to do) and cutting out schools completely. Or it could mean selling custom services direct to schools and cutting out distributors. It could mean giving away ELT courses for free and making money from advertising, sponsorship or services. It could mean building a mobile app business. All of these are perfectly feasible ELT publishing businesses, but somewhat scary for an existing business which relies on relationships with schools and teachers, needs distributors to sell most of its books, has little or no relationship with the end user (i.e. learners on English), can’t contemplate giving away content for free for fear of setting a precedent and undermining existing profitable products. The fear of ‘cannibalisation’ in general. All of this can be paralysing. Obviously, the separate digital business won’t be worried about any of this, so is free to explore these opportunities in an uninhibited way. Despite that, though, there’s plenty of evidence that ELT publishers are moving into these areas – but it can certainly lead to tensions.

5. The relationship between the two businesses can be tricky

Gilbert says they need to have a common mission and share info about the overall market, but that should be where it stops. If there’s an attempt to bring the two any closer, then there is a tendency for the existing business to ‘suck the life out of’ the new digital business. After all, it’s the old business that’s still bringing in most of the money, which means it’s liable to hoover up all of the resources that should be going into the fledgling digital business.

… and in ELT?
Given what I said under point 4, it’s quite likely that the digital business could actually damage the original business. That’s going to make for a stormy relationship, assuming we’re in a zero-sum game. Maybe, though, the entire English language learning business is so much bigger than the current ELT publishing business that there ought to be room for both without too many toes being stepped on.

6. The scale of disruption is easy to under-estimate

In Gilbert’s example of the US newspaper industry, the entire industry has shrunk by two-thirds in 10 years. All of the growth is in digital, but the industry as a whole was too slow to see what was coming. If new digital businesses had been developed before the print business hit terminal decline, things might look different. We’re talking about managed decline and replacement here – accept that the print business is going to fade, and that the digital business is going to start small. However, if you do it right then, at some point, the two should cross over – digital’s growth compensating for print’s decline until eventually, digital is the main business.

… and in ELT?
Until recently, it felt like we were all waiting for something to happen – the calm before the storm. Recent events in ELT publishing (reorganisations etc) are, I guess, the start of the storm. Digital is certainly growing, but print still dominates. That really is changing quite fast, though, driven in large part by the desire amongst large school chains, universities and ministries of education to go digital. The first wave of this was around online – online courses, blended courses. But with the arrival of tablets and the increasing spread of broadband access, it feels like we’ve gone past the tipping point. If you look at the cumulative effect of tech changes covered in our ‘5 EdTech Trends of ELT‘ series of posts, I think it would be hard to argue with the fact that we are going through a period of disruptive innovation in education in general, and certainly in ELT. So far, we’ve seen digital as a small but fast-growing part of the ELT business, while print isn’t yet declining. If we’re about to see disruption in action, then print should start to plateau and then decline until, at some point in the next few years, it’s overtaken by digital. Will only 9% of publishers survive to see that day? I suspect the situation won’t be quite as dire as in US newspapers, but probably best to heed the warning. Look at what’s happened in dictionaries – once a reasonably large chunk of the ELT publishing business. ELT publishing is already a print+digital business – the question is whether that’s enough, or whether a new digital-only business needs to grow alongside it and eventually replace it completely. I guess it depends on whether you think print materials in ELT have a big future or not, and whether new expertise can be developed (or brought in) fast enough.