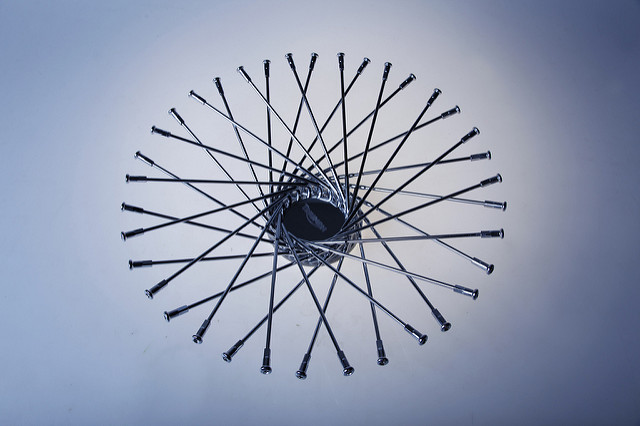 Why ELT publishers need to know about Design Thinking

“Design is the ability to move from the existing to the preferred. The future is a design problem.”

I have a two-and-a-half year old daughter and she talks. A lot. Our conversations are wide ranging; from the emotional complexities of her relationship with Snuggle Bunny, to the plot intricacies and narrative form of Beatrix Potter’s oeuvre. The most common conversations, however, are the ones driven by WHY. At the moment, almost every request, instruction, or trivial observation is countered with a WHY. I began to steel myself for them every time I spoke to her, despairing at the constant barrage of questioning and second guessing. What slowly dawned on me, however, was that my answers were (in all honesty) quite often a bit of a cop out. I then began to see her WHYs as challenges; does my instruction / request / observation actually stand up? Can I justify it and satisfy that WHY?

As we shall see, what Rosie is engaging in (I think entirely unwittingly) is a core tenet of design thinking: question everything.

Design thinking is a practical but creative method for defining and bringing into existence a desired future result. Unlike Lean Startup methodologies,  it’s not concerned with the solving of specific problems, but instead is concerned with the realisation of a preferred goal. When we start bringing the concept of design into product and problem-solving discussions, it’s common to assume that it’s referring to the look, feel, shape and size of the final physical output – the thing. Design is, in fact, a proactive mindset. As Harold Nelson puts it in his book The Design Way:

Design is the action of bringing something new and desired into existence—a proactive stance that resolves or dissolves problematic situations by design.

Another way of thinking about design is to compare it to the scientific method. A scientist will concern themselves with establishing all possible parameters pertaining to the problem they are looking to solve. Their approach is one of analysis; the breaking down of a current situation or subject into its constituent parts to determine how it all works. Someone applying design thinking, however, will open themselves up to, and engage with, all known parameters as well as ambiguous aspects of a current situation in order to discover and explore multiple, alternative routes to a solution (we’ll look at what that means in practical terms later in the post). Those ambiguous, ill-defined problems are what design theorist Horst Ritter calls wicked problems. The ‘wickedness’ here refers to its obstinate resistance to being resolved by a linear problem-solution mindset and is used to describe problems that are inherently difficult to solve due to their contradictory nature or because of the shifting, incomplete information pertaining to the problem itself. Approaching wicked problems with a design thinking mindset allows you to explore and unpack those areas of uncertainty to reveal as yet unconsidered aspects of the task at hand.

Design thinking is an approach based on synthesis – drawing together disparate concepts and creating new solution pathways based on those juxtapositions. In Creating Desired Futures: How Design Thinking Innovates Business, Michael Shamiyah proposes that Art, Science and Design are the three core facets of human intelligence, with Science being concerned with “finding similarities between things that are different”, whereas Design is the process of “creating feasible wholes from infeasible parts”.

In general, the design thinking method moves between the modes of divergent thinking and convergent thinking. Divergent thinking is the process of opening up the ideation or discussion process to allow and encourage as many feasible (or downright impossible) solutions or interpretations as possible, and to consider them without judgement or bias. The application of convergent thinking is then concerned with whittling that plethora of creative output down to an option that can be implemented and (potentially) realised. The point to remember here is that in that brainstorming, divergent thinking phase, there should be no limits or restrictions in terms of the ideas that are generated and captured. The fear of failure (or ridicule) should be entirely absent in order to encourage free association and synthesis of ideas. It is through this unfettered ideation process that design thinking helps uncover faulty assumptions or otherwise undiscovered aspects to the future being designed.

In terms of actual practical steps or processes, there are a number of different approaches, each with a varying number of stages. For us, the process proposed by Tim Brown in Change by Design expresses it in the clearest terms:

the generation of ideas, associations and solutions and the testing of said output

putting those tested ideas into the marketplace

Brown refers to these steps as “spaces” that are non-linear, meaning a project may circle through them a number of times, or each space may be repeated before proceeding on to the next. For example, in the ideation space you might end up with a product idea with a list of features that go well beyond the initial opportunity you were responding to. In this example, Brown suggests, you might circle back to the inspiration space in order to consider what other problems or opportunities those features might be able to address. As an iterative approach, the impetus should always be towards getting something in front of people as soon as possible to test your ideas. Rapid prototyping is strongly encouraged and should take place as early as possible in the process. As Brown points out, prototyping straddles all three of the spaces; it’s inspirational, as creating and observing the use of a product sparks more connections and the creative processes. As a result, more (or more refined) ideas are discovered, positioning it in the ideation space. Finally, prototyping is concerned with testing the viability of an idea, which places it in the implementation space.

Another fundamental principle of design thinking according to Brown is observation, and how the act of noticing provides fuel for the inspiration space. The regular, active scrutiny of how people (particularly your users) actually behave in daily life is all that is required to discover genuinely pressing needs. We all, without necessarily thinking about it, adapt our behaviour when presented with an obstacle or problem in all areas of our daily life, however mundane or seemingly insignificant. These “thoughtless acts” of readjustment represent (to those with a watchful eye) better futures that are just waiting to be realised. All it takes is a watchful eye and a well-placed WHY.

But design thinking isn’t (or shouldn’t be) a process carried out from a distance or on behalf of the intended users. Instead, the process really invites the active participation of the user in the creation of their future. This, as Brown points out, reflects one of the more progressive components of Maslow’s hierarchy of needs. Once our basic needs have been satisfied we will look for meaningful and satisfying experiences. It is the responsibility of design to create those meaningful experiences and the job of a design thinker to ensure the individual user is involved in order to make those experiences uniquely meaningful to them.

WHAT DOES IT MEAN FOR ELT PUBLISHERS?

It means that you’re not close enough to your end users. Any conversation surrounding the development of a product that doesn’t at some point include phrases like ‘We’ve noticed that our learners … ‘ or ‘That’s not consistent with what our learners actually do’ isn’t worth having. Don’t design in a vacuum. You have experience and successes, yes, but if you’re not ‘out there’ speaking to and observing users then your experience is slowly pulling away from you. In fact, if you’re not regularly engaging with your users, what are you doing? It’s certainly not designing success.

Design thinking also redefines the concept of ‘innovation’, a term that ELT Publishers often misuse. Innovation isn’t simply the delivery of a new product that’s demonstrably different from its predecessors. Creating an ebook version of a front list course does not constitute an innovation (think product–market fill). The innovation isn’t in the thing you release, it’s in the process of identifying and exploring the future that is waiting to be brought into existence by you (or your competitors, if you’re not ready).

The lifeblood of innovation, believe it or not, is failure. As we mentioned in a previous post, the permission to fail is a vital component in fostering an innovative company culture. It’s through failure that we learn (about the process, the product, the users) so a company that is openly and actively allowing its teams to fail is taking enormous strides towards creating the future they want.

Here are a few strategies that can help you foster a design thinking environment and that don’t require a full-scale restructure.

Open up your thinking and ideation process to as many different roles as you can. Why just leave it to content experts to deal with the content and then graphic designers to deal with the graphic design? By putting everyone involved in the same room approaching the product together, it increases the chances of discovering alternative pathways in the ideation space. It also gives you an opportunity to leverage the several hundred years of accumulated life experience that resides within your company.

Take something from the relentless curiosity of toddlers. WHY is an incredibly powerful question that helps frame the project and effort being discussed, and shouldn’t be considered an impediment to The Greater Good. The open and unbiased use of WHY can really provide an opportunity to reassess where you are and what you’re trying to achieve. Is the product addressing the opportunity / problem you started with? Are you even addressing the right problem / opportunity at all?

The 5 Whys is an established approach to getting under the skin of a problem or observed situation and drilling down to the root cause. It’s a simple and powerful way of getting at what’s really in need of your attention.

Try it in a meeting. ‘Why are we doing X that way?’. And don’t accept, ‘Because I said so’ as an answer. Rosie never does.

The best way to ensure your moment of inspiration goes nowhere is to keep it to yourself. Set your idea free. If you get too possessive or precious about it, you’ll suffocate it and remove any chance of it having an impact out there in the world. Instead, open the door for it so it can run amok in everyone else’s imagination and benefit from their insight and experiences. True design thinking is predicated on the understanding that an idea can achieve way more once it’s out the bag.

Make it OK to fail

You need people to fail so you can learn, it’s that simple. If you’re in a position to do it, encourage at least a couple of the people that have just let their ideas out the bag to run with them. Remove all expectations or provisions of cost / strategy and see where it goes. Celebrate the learning that these micro-experiments capture.

Throw something together as quickly and cheaply as you can and then watch. Watch how the learners engage with it, how they talk about it, and how they adapt it to meet their needs. A prototype can be as simple as a powerpoint or a series of pages on WordPress. It just needs to be enough to get people interacting with it so that you can move through those spaces of Inspiration, Ideation and Implementation smoothly.