Content is no longer king. Here are five things that are. 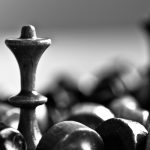 Content is where I expect much of the real money will be made on the Internet, just as it was in broadcasting.

In 1996, Bill Gates was probably right. It looked like content was going to be king. And, for a while, it probably was. But in 2015, things look different. In 2015, we’re drinking from a firehose of content. In 2015, supply of content has outstripped demand  –  there’s too much to read, too much to watch, too much to listen to. When supply goes up and demand goes down, the result is a drop in value. The result, in the case of content, is commoditisation.

In 2015, content is no longer king. At best, it’s a minor royal. So in the era of content as a commodity, what’s taken its place on the throne? What do users value instead?

The result of bad UX is bad feelings: frustration, anger, boredom, confusion. Anyone who’s ever tried to learn something will recognise those feelings. To many, they define learning. As an industry, we have the chance  –  and the responsibility – to fix the user experience of learning. Yet I can count on far less than one hand the learning organisations who hire or regularly contract UX Designers (or even Instructional Designers) for their digital products, and I’d struggle to think of any who regularly employ User-centered Design (UCD) as a product development technique.

Developing UX isn’t a black art; it can be learned and applied with ease. And, in 2015, it isn’t a bonus feature. As one Product Manager recently told me: it’s basic product hygiene.

This is an example of faulty, content-led thinking. The value Netflix offers its 60 million subscribers is not the content itself – not specific films, that is. The value is in the easy access to so many films, with no caps on usage and a recommendation system to help you navigate the impossible amount of choice.

Netflix helps us to understand the consumer relationship with content in 2015: don’t make me pay for the specific pieces of content I need; help me access and navigate the content I want (even if I don’t know I want it yet).

In digital learning products specifically, freemium business models that charge users for access to ‘content packs’, extra exercises, tests, etc. are all examples of faulty, content-led thinking. The true value for users isn’t in unlocking extra batches of your content. The true value for users lies elsewhere: in the freedom to choose what they’re interested in, in seeing their progress, in interacting with other users, in gaining access to experts, in having their questions answered. The challenge for content providers is figuring out which of those things to focus on, and how.

Learn a language for free. Forever.

Free as a business model. Five words to strike fear into the hearts of almost any commercial organisation, especially one used to making a very healthy margin from selling content. It may, however, be the only option left, now that we know that no one wants to pay for education on the internet. An open secret in EdTech is that nearly everyone is struggling to monetise their businesses, not just traditional ELT content providers. And if 10s of millions of users or $100s of millions in venture capital can’t turn you into a profitable business, then what can?

Duolingo is often cited as the shining example of successful monetisation in EdTech, but have they actually managed it? Their original business model was to make money from translations which were created as a by-product of language learning (a ‘two-sided business model’ in which the users are the product rather than the customer, much like how Google works). This has now been supplemented by a move into assessment, with the launch of the Test Center (which aims to take on the likes of TOEFL and IELTS) and a platform for schools. Their key principle remains the same – that users will never pay for language learning – but how the company will seek to successfully monetise its huge user-base remains an open question.

So where does that leave the rest of us? There is undoubtedly the potential in EdTech to grow large audiences. Thinking only about ELT for a second, with 1 billion people learning English how could there not be? It’s also telling that the largest MOOC of all time – run by FutureLearn and with over 400,000 sign ups – was on an ELT topic (Understanding IELTS: Techniques for English Language Test). The key seems to be to offer all of the learning content for free and to monetise elsewhere. One useful thought experiment is to think about what language learners will happily pay lots of money for: classes and exams. With that in mind, it’s inevitable that we’ll see other publishers follow Pearson’s moves into the assessment and PLS markets soon enough.

Big data refers to sets of data larger, more varied and more complex than we could ever have imagined capturing. On 27 August 2015, for example, 1 billion people logged into Facebook. That’s a lot of data. Big data evangelists argue that, with that amount of information, the accuracy and quality of analysis we can carry out might be transformational. Naysayers wonder just what those data nerds are really up to.

What does big data mean for learning? Well, for a start, it’s the first time we’ve ever really had data to look at. It’s hard to extract user stats from a print book, and so much publisher-led research around the use of learning content has therefore tended to be qualitative – focus groups, surveys, etc. We’ve had sales figures to look at, but sales figures don’t really tell you anything about how engaging or effective your content is; they tell you how good your sales force is. In the era of LMSs and apps, publishers should be drowning in learner data. Whether they’re yet able to analyse it and put it to use is another question. In the future competitive landscape, it’s likely that the ability to capture data and act on it (or sell it) will be a defining characteristic of successful businesses. If your organisation doesn’t already have a Director or VP of Data, now would be the time to hire one.

If you’re reading this as a writer, content developer or designer, you might be asking yourself what’s next.

A huge amount of what we’ve traditionally called ‘content’ in learning is actually instructional design: the pacing and variety of activities, the flow, the challenge of zeroing in on the best and most enjoyable way to help someone master a particular skill. Those elements aren’t going anywhere. In a forthcoming series of posts, we’ll be looking at the user experience and design of  digital learning in more depth, and what it might mean for those who’ve traditionally considered themselves purely content people. Stay tuned.

71 thoughts on “Content is no longer king. Here are five things that are.”