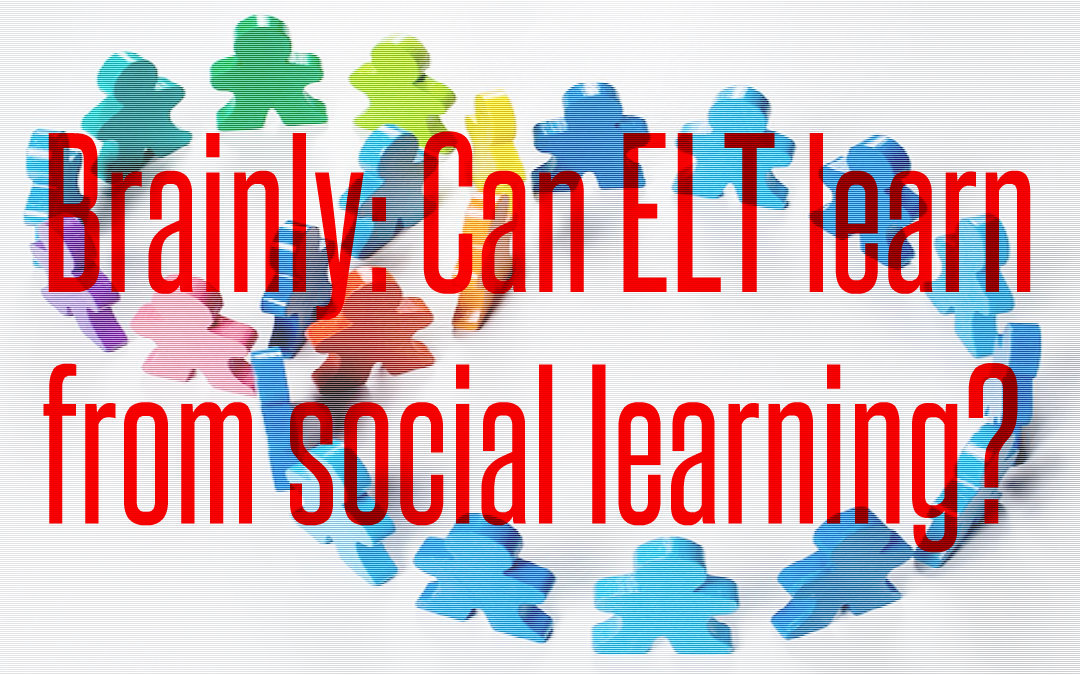 I wasn’t brilliant at physics at secondary school. I managed in class, though, with the help of my peers which you could call social learning.  Pre-internet, that social network was confined to the real world – and occasional phone calls. Homework wasn’t generally a topic of conversation but I don’t think I had anything like the 2-3 hours school children can have today. On one occasion, my homework included a question about light refraction and where a fish would appear to be to an observer from the surface as opposed to where it actually was.  I couldn’t answer, so I just wrote “Don’t know” and handed it in.

I got in a lot of trouble from the teacher. (And I still don’t know the answer.)

Note that I didn’t look it up in a book. I didn’t ask my mum. I didn’t call a friend and I didn’t go and see the teacher before class. I wouldn’t have known where to start looking at the library. Mum wouldn’t have known and it never occurred to me to ask anyone else. Maybe it was too late at night to call anyone and, if physics had been the first lesson of the day, I wouldn’t have had chance to ask Mr Fowler.

A school kid today, who doesn’t know where the fish is, could turn to a site like Brainly.  Brainly is a social learning platform that uses crowdsourcing to help teenagers with homework – a kind of Reddit for 13-16 years olds. Users pose a question and other students answer it – fast. Brainly claims 70% of queries have an answer in ten minutes and Marcin Gnat, Brainly’s Blogs and Media Specialist, is confident they can get that time down.

Brainly has some impressive figures. So impressive I thought they were too good to be true. They claim 30 million users. Initially, I was looking at the English language version and only ever saw 50-60 users online with the most recent question having been posted hours before. I figured most of those “users” registered and never came back.

Then I looked at the Russian, Polish and Turkish sites which, at the time of writing (Friday night when no student should be no doing homework) have, respectively, 11,945; 4,796 and 1,843 users online. In the ten minutes or so that I’ve been visiting about 800 question have been posted between the three countries.  That 30 million is starting to look a little less farfetched.

Having said that though, what makes an active user for Brainly is probably a little looser than what someone else might call active. For Marcin it means anyone who “uses the site continuously”. I asked what that meant – once a week, every day…? He said it was anyone who “did something and then came back”. But another 200 questions have gone up while I write this paragraph – and checked Facebook – so the users that are there are most definitely active. In fact, they’re scaring me. Can’t they go and play computer games, or watch TV, or hang out with their friends? It’s Friday night!

Q & A sites aren’t new. What makes Brainly different from Reddit, Wikipedia, or just Google in general, is that users gain points for asking and answering questions and it is all done under the watchful eyes of 450 Moderators. Both of these systems go some way to ensuring the right answers make it to the teacher the next day. The Moderators are also apparently trained to weed out answers that are simply cut and pasted from elsewhere on the net. Presumably it’s the teacher’s job to make sure the homework isn’t just directly copied from Brainly.

It’s a promise that seems hard to monitor. Since there are 450 Moderators, that would mean 6,666 users per Moderator which makes policing the answers impossible, especially if answers are posted at matching rates to the question of their three top sites. However, whether answers are aiding understanding or giving the solution, I’m not sure it’s much different to what goes on between students studying at home together. If someone had been on hand to tell me where the fish was, I’d have copied it without caring if I understood or not.

Brainly’s next mission is getting the English language version up to these numbers and beyond, aided by the $9 million investment they’ve received from the people who’ve financed Snapchat and Uber. They plan to develop into the USA from brand new offices in New York. Then they’re going to need to monetise. At the moment there is no advertising on Brainly and their services are free. As the story goes with many social media companies, getting users is the first step. Working out how best to make money comes later. I expect their investors have ideas, possibly tried out on Snapchat first where in-app purchases are being discussed.

Could the Moderators be a way to do that? These volunteers are made up of some educators but mostly Brainly über users, overseen by specialised Country Managers that know the education systems in the 35 countries Brainly has penetrated. Clearly, there need to be more of them to match the growth of the site and perhaps these positions could come to mean more to some high school students than typical extra-curricular, CV-filling activities. Being a Brainly expert Moderator could be a qualification to rival high school exams. Would some parents be willing to pay for that certification?

Brainly Country Managers support the Moderators for their hard work by helping them with their own education problems, meaning they have an opportunity to increase their status in the community. “We’re planning to give them opportunities to develop, like e-books or chats with scientists, and diplomas to recognise their contribution.” Perhaps that appreciation could be developed further. Linking up with local, or international businesses could lead to intern positions for top performing Moderators. Companies might be willing to pay for the chance to participate in exchange for a logo on the site and the warm fuzzy aura that comes with being seen to help kids get ahead in life.

After all, for many people education is valued as a path to a well paid job. Getting something more tangible out of your school years than just working out where fish appear in water might be a worthwhile price to pay for a few Friday nights in front of the computer.

So, when is someone going to scoop up 30 million plus English language learners and run a site for them to ask, answer and moderate their own questions and learning? A student in Argentina could post a question about their struggle with the present perfect, a student from Holland who’s cracked it could answer, while a moderator, who aced CAE but is looking for more kudos, could benignly oversee proceedings. The odd teacher could pop in now and then to angle for private students and, at some point, a venture capitalist will realise that this is the way into a $63 billion a year industry. Cue the end of publishing and language school teaching as, let’s face it, knowledge of English is held collectively all over the world and there’s no real need for new materials to teach the exact same thing.

The problem is that language just doesn’t work like that. You can’t get “unstuck” with help from someone on a grammar problem. You won’t remember and correctly use a word just because someone on a forum told you it. Knowing the answer, even understanding how to get to the answer, isn’t tantamount to success in language acquisition. There’s no point trying to apply a Brainly-style peer learning format to ELT.

But perhaps there are other lessons to be learned. What Brainly is offering is a service as opposed to content. ELT mostly does the reverse. If Brainly proves able to retain users and then monetise aspects of, or additions to, that service, what services could ELT offer language learners?