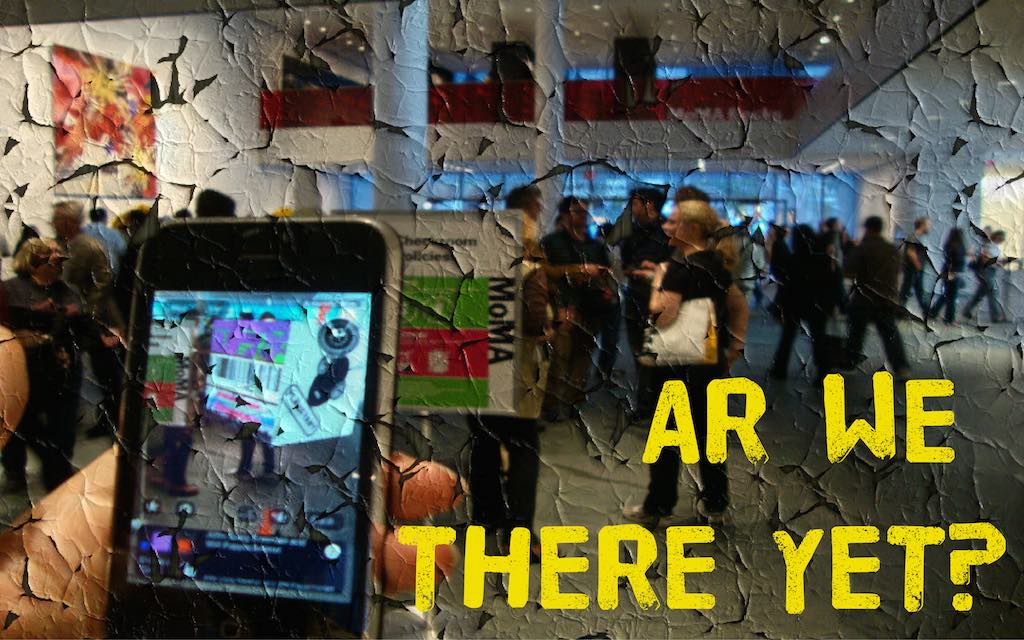 AR we there yet?

A lot can happen in a year. So much so that it can evaporate into the ether like the cascade of sparks from the final firework on New Year’s Eve.

But, at the very beginning of what turned out to be a thrilling, challenging and enlightening 2014, we made some predictions about what was in store for EdTech, one of which referred to Augmented Reality (AR). We thought it might be worth taking a look to see if our predictions regarding the tech turned out to be accurate, or if we were jumping any number of guns. So, here we go …

Back in January 2014 we predicted that AR would continue to “develop its appeal and reach into the world of education with stunning effect”. Although the world-changing impact of AR within education hasn’t necessarily come to fruition, we can safely say that the momentum behind it and its potential applications is building. In our predictions post we mentioned AR startup Blippar and its Blippbuilder application.  The app enables companies to create their own AR interactive content – or “blipps” – that can be embedded in print content, billboards or product packaging.

In June 2014 Blippar acquired Layar, a pioneering AR company established in 2009 dealing predominantly with interactive print. The acquisition makes Blippar a global leader in the commercial AR space, a segment that has been revitalised with the launch of Google Glass and Oculus VR.

Beyond the brand-driven uses of AR there have been some creative and engaging applications of the tech that are giving it the opportunity to stretch its legs. The British Museum, for example, used AR to create an “interactive digital story” designed to captivate the curiosity of younger visitors. The result was an app that rewarded the visitors for locating specific statues in the museum given only their outline by revealing more information about the exhibit.

AR’s gaming potential has been undeniably demonstrated by the 7 million downloads of Ingress, a mobile AR game by Google. The cross-platform game requires players to establish “portals” at landmarks and public structures in order to set up in-game triangular fields that section off actual geographic areas. Gameplay is driven by a comprehensive sci-fi backstory but players are also able to create and share their own missions in a move that will see the game’s appeal go supersonic.

In terms of education, we are starting to notice companies that are promoting the use of their AR applications in the classroom, for example Aurasma. The company suggests that teachers can use their free application to create “Auras” to add digital content to print materials or objects in their classroom. This customised content could be video, text or even 3D animations that the learner can rotate and zoom in on. In a post on edudemic.com in November 2014, teacher Ann Elliot documents her experience of trialling Aurasma with her mainstream English classes over the course of two weeks. Her creative use of the tech it quite compelling, especially the way she got her learners to bring Shakespeare’s characters to life by embedding self-made videos in posters they’d created.

The idea of a classroom humming with invisible content for the learners to discover and interact with on their devices is a rather exciting one. Learning materials could be connected to the real world if Auras or Blipps were assigned to buildings, structures or public art that would then trigger location-specific learning activities. Alternatively, learners themselves could start using these AR applications to create their own dynamic study notes mapped onto significant objects, places or print content.

For more examples of how the the potential uses of AR within a learning environment are being brainstormed by teachers, there’s a great thread of ideas over on twoguysandsomeipads.com.

When it comes to AR apps that are aimed at ELL in particularly, however, there doesn’t seem to be a great deal out there. We blogged back in June 2013 about the the AR phrase book LangAR that was being developed by Wikitude, Pearson’s Future Technologies Group, BBC Active and Dorling Kindersley. There doesn’t seem to have been much more movement since prototyping, though. There is the rather colourful and quirky AR Flashcards set of apps that would appeal to both young native speakers and ELLs. The products combine printable flashcards with embedded AR content. By pointing a mobile device at an alphabet flashcard, for example, it triggers the appearance of a 3D animal that the learner can tap on to hear its initial letter and name. Fun, colourful, but not really breaking new ground.

Perhaps the wider education community is still waiting for trailblazers, like Ann Elliot, to demonstrate how AR tech can be integrated into teaching in a value-adding way. No doubt ELT, a creature of caution, is holding back until the tech’s benefits have been either dismissed or validated.

Are you an ELT teacher that has used AR apps in your classroom, or do you think there are ways in which it could add value to a learning environment?