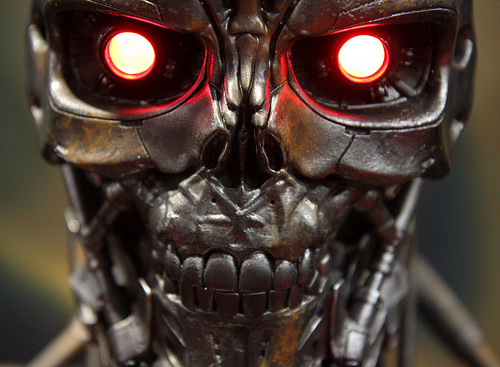 Adaptive Learning: It’s US who need to adapt

Until the other day, I’d never read any of the stuff about Adaptive Learning and skipped the odd session on it when picking TESOL Spain talks to go to. Much as I love eltjam, there are some really long looking posts on here and I couldn’t be bothered. It looked like something I’d have to concentrate on to wade through and, you know, there were Buzzfeed articles to read and YouTube videos to watch.

Then I spent a couple of hours reading the five, lengthy eltjam posts about Knewton, pioneers in Adaptive Learning software, and making notes.

I became fascinated by what was happening in those posts and all fired up with it (blogging is almost physically exciting for me, tragically) . What I see from some of the commenters is shocking.

(Sorry that was a Buzzfeed tactic)

Teachers and materials writers really care about students and learning and things that work in the classroom and helping learners. Really, really. Maybe the publishers are just in it to make money, but the rest of ELT has a personal relationship with many of their students and puts in hours of extra time and effort to help them. It shines through in every post and conference talk of everyone from the most high profile of the ELT community to the lesson plans of  the newly qualified.

Except, for some, when Adaptive Learning is mentioned.

What we do have a right to complain about is any attempt to disintermediate English language teachers from the process.

My only concern is that initially this will be sold to teachers as “Progress” when in fact it will start to result in the end of their jobs (in say 10 years time). I say, call a spade a spade. It probably will result in better learning in many instances but it will also result in the elimination of many jobs.

Adaptive learning is going to replace teachers with robots. Machines will make our coffee, cook our dinner extra fast, transport us to work, and make our clothes, causing mass unemployment. Eventually, they’ll take over the entire world and we’ll be their slaves.

Or the kettle, microwave, car and sewing machine will just fit into our normal jobs and lives and, damnit, make a lot of tedious tasks simpler.

Classic straw man scaremongering. But scaremongering that comes from genuine, albeit misplaced, fear so I’m not going to be overly harsh on that. However, there’s something else wrong with this argument. It assumes the teachers, not the students are the important thing here.

What we do have a right to complain about is any attempt to disintermediate English language teachers from the process.

Yes, we do have the right to complain. In a free society this is part of freedom of speech. What we don’t have the right to is for society to act in the best interests of the few at the possible expense of the many. There are hundreds of thousands of English teachers and billions of language learners, especially when you add in those not learning English but others, including coding languages.

In the end this is a system that will tend to concentrate wealth- distributing it from the many to the few in the name of efficiency.

Will it? All those students who might get better at English might end up with money from the better job they can get. Is that who we mean here?

Facetiousness aside, language schools already cream off huge profits from students that are not reflected in teachers’ salaries. We’ve been living this one since TEFL started but seem to have forgotten. My first summer school job, the owners had a house in the most expensive part of the country, wore designer clothes and holidayed in the best parts of the world in their other houses.

Lucky old me, they took me to Thailand too.

I worked my arse off for them and became a millionaire.

Now, let’s imagine we knew someone with a disease for which most never fully recover. One millions of people all over the world are born with, but spares the lives of those in rich countries like America and the UK. Treatment is costly, takes hours a week, has to be carried out as both in-patient and out-patient, might even be a lifelong treatment plan and takes time away from leisure, family, work. Doctors do what they can but mostly their efforts produce results for only a few, for those that work really hard at changing their diet and exercise.

Then some company starts work on a miracle drug. It’s in very early stages, no-one knows if it will work and the company is kind of evangelical about it and annoys the doctors. Doctors are sceptical. Where are the trials, the proof it will work? Fair questions that the drug company has to answer and plans to. If they’re wrong, their product simply won’t achieve anything.

But if they’re right?

The doctors fear this most of all. There’ll be no disease. Hospitals that treat the disease will close. Patients will be fully cured and there’ll be no need for doctors ever again. We must not use it!

Don’t worry! This latter part can never happen. The drug will (might) only aid the cure not be the cure. As many have said, and is too obvious to repeat at length, language learning is a complex social thing which will always need teachers. But the idea that our methods must be preserved at all costs to students in a model that currently doesn’t work and mostly produces plateauing B1 and quitting A2 students who fear for their future success because they don’t speak English well enough. Is. Incredible.

I know analogy is a very weak form of argument. It’s powerfully convincing but easy to dismantle. I could shoot full of holes my disease/doctors scenario myself. Honestly, save yourself the effort of commenting if that’s what you want to say as I’ll agree with everything you expose about it.

And, anyway, I  have another one that works much better.

Imagine you suddenly needed to learn Chinese to succeed in life and earn more money, to enjoy masses of popular film and music in its original version and converse with people from other countries. Someone invents a way that might make this process much simpler, quicker and, therefore cost effective for you. You’d jump at it.

I’m someone that just can’t be arsed learning languages anymore. Borrrring, time consuming study for something I don’t care about and feel no shame over. Thank God I can manage my life without it but if you invented a chip I could plug into my brain to download Chinese from, hell, why not? Adaptive Learning is not that pill. But, if it was, I wouldn’t care that it wasn’t as noble a method as toiling in Chinese class and neither would a single one of the people that object to Adaptive Learning and everything Knewton are saying.

We don’t know if Adaptive Learning will work for students.  We use methods that don’t work for everyone already. The communicative method fails most students, as do course books, language schools, self study materials etc etc.

Let’s just see, shall we?

If it doesn’t work, Knewton will go bust and something else will be the buzzword, just as we’ve all been seeing ever since the Audio Lingual method.

You won’t shed any tears over them. Neither will I.