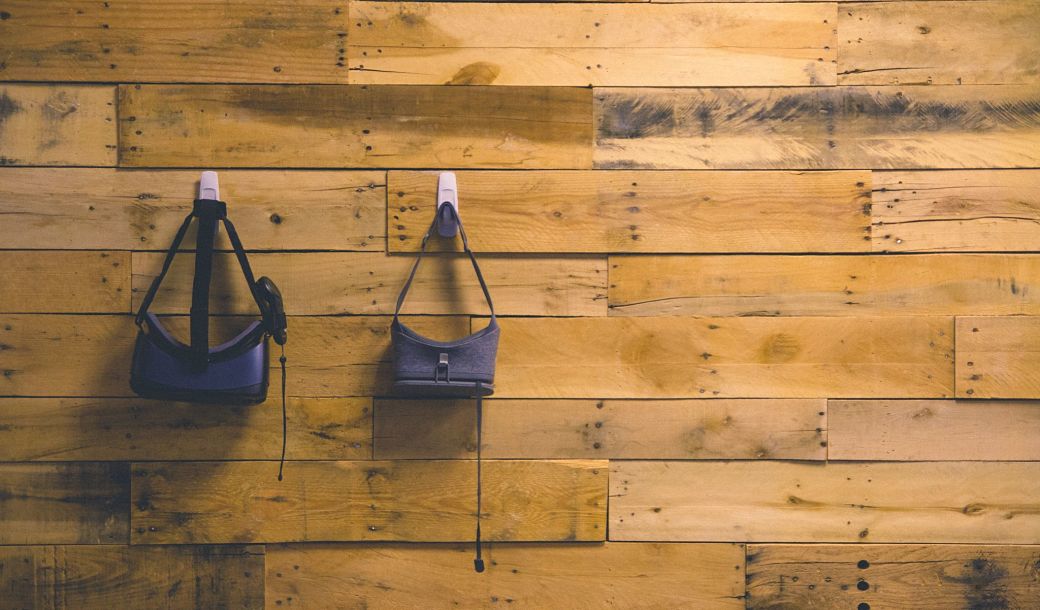 At the time of writing, just under 50 percent of the world’s population has access to the internet, mobile connectivity is faster than ever, and we’re seeing more and more affordable virtual reality hardware on the market from companies like Samsung, HTC and Oculus.

Even though some of this technology is still in the early-adopter stage, this tech is set to be a driving force in progressive teaching and learning throughout 2018. We are undoubtedly going to see a push towards digitally augmented teaching materials, enhanced remote teaching methods, a stronger chatbot presence, and more use of voice user interfaces (VUI), like Alexa, in the classroom.

So, here are five top trends in EdTech in 2018 and the companies behind them that are making serious waves.

Look, we’ve been talking about AR for a while, but it’s yet to really hit its stride. The technology is set to really take off in education in 2018 and there are a number of companies leading the charge.

The zSpace learning lab, for example, combines hardware and software to bring classroom learning alive, allowing students to bring the content of their courses to life using a headset, a stylus and a wide range of specialised apps.

Perhaps more accessible to the average teacher with a restricted budget are general AR apps and games which can encourage and motivate students to explore their immediate environment, and to discover new language as they do.

Sure, we’ve had VR games and experiences for many years, but the hardware is now becoming more and more affordable. Platforms like Unimersiv allow learners to visit the International Space Station, some of the ancient wonders of the world, or even study anatomy and a range of other topics via its immersive VR platform.

What’s more, new VR platforms like Facebook Spaces could well reinvent remote language teaching online, allowing teachers and students with access to that hardware to meet each other’s avatars in a virtual space.

Blockchain is a encrypted digital record of transactions that is stored across many computers on the internet. Blockchain can only be added to, which means that nothing on the ledger can be erased, keeping the data secure, verifiable and unalterable. It was originally developed by the mysterious creator of bitcoin, Satoshi Nakamoto, as a way of tracking bitcoin transactions in order to ensure that single coins were not spent more than once.

Blockchain is now used for more than just bitcoin – it is being developed as a way to prevent voter fraud, it has helped alleviate the Syrian refugee crisis, and more.

But what has all of this got to do with EdTech? Blockchain enables a global, secure peer-to-peer payment platform. This could be interesting news for online teachers who will be able to use platforms like ntok.io, which promises a blockchain-based teaching platform that offers direct payments from students (no middleman) and transparent, unalterable ratings.

OEB Insights suggests that blockchain could also be used to store academic records, preventing academic fraud and making qualifications verifiable, as more and more students move overseas. It cites Sony Global Education as an example of blockchain being used in this way.

While there is still a way to go, keep your eye on blockchain technology in education, it will certainly begin to surface in 2018. For a terrific introduction to the subject (and a look at how the technology could impact ELT) check out this post by Jo Sayers from 2016.

Artificial Intelligence (AI) chatbots have been big news across social media for a couple of years – and they are already having an impact on education.

In 2016, Georgia Tech introduced students taking an AI module at the university to a teaching assistant called Jill Watson, who would answer their questions in the forum. Although it seemed unremarkable at first, Professor Ashok Goel and his team revealed that Ms. Watson was in fact an AI chatbot. This was something the students had been entirely unaware of because ‘she’ had been so convincing and accurate.

As we move on into 2018, we are sure to see further development and application of chatbots in education. Not only are chatbots beginning to help with administration, marking and scoring essays, but they are giving ELT students the chance to practice conversation in an easy and unpressured way.

Check out Botsify’s education chatbot which promises to let “teachers around the globe … teach their students online using chatbots.” The idea is to encourage learners to talk with a chatbot on a particular theme, learn about it through multimedia resources and then take a quiz.

Amazon Alexa – mastering the UI of the future

You may have heard of – or already own – Alexa, a voice-activated assistant from Amazon. It’s an example of a voice user interface and it enables people to communicate with computers and devices simply by speaking to them

Alexa and other related VUI assistants can bring a lot of value to the language learning experience, enabling students to practise asking questions, researching facts, asking for the definitions or spellings of different words, and a lot more besides.

Please note that this is not a prediction post. We’re not attempting to divine what 2018 holds for educational technologies or how language learning habits and behaviours are going to be impacted by developments in digital products and services. Instead, this is a quick audit of the technologies that are already having an impact in education are set to continue to do so.

LearnJam team: out and about